Command & Conquer: Commando is a tech demo for an unmaterialized title in the Command & Conquer series, self-labeled as "Pre-Milestone 1" and dated July 14, 1997. Features include a model viewer, two test maps... and nothing else, really.

The files were recovered from a set of data discs that belonged to the developer by ASSEMblergames user jollyroger and released by fellow member Borman on November 23, 2014.

All the options in this build are categorized as "scenes" and displayed as a menu with a blue backdrop. This appears to be common within Point of View's in-house engine, as Deuce (another unreleased game by them) has a very similar layout on its title screen. It's possible to switch between scenes and exit to the main menu by pressing Start at all times.

A basic test map severely lacking collisions and using the Commando as a player. The camera system on this one is quite annoying and requires fiddling with R1 in order to reach anywhere. Going north has you facing upon the Flame Tank, and progressing further leads to a small river with dodgy bridges on the sides. Near this area is a hill that leads to the void skybox. On the southern side, there is a fortress with a pond on each side. Notably, Commando levitates around the scene as he doesn't have any implemented locomotive animations. 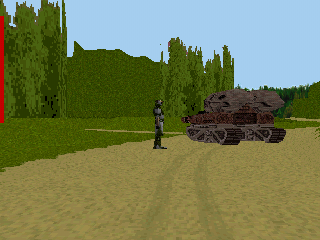 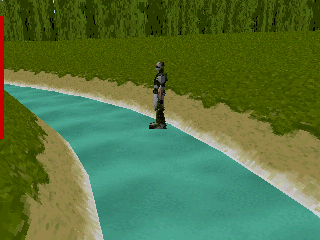 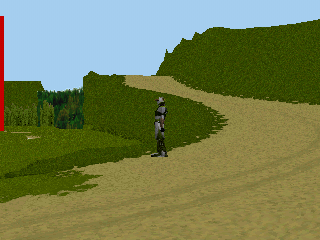 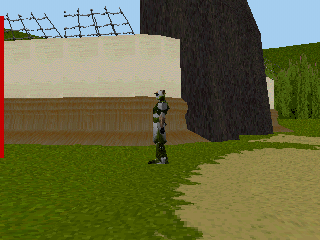 Essentially the same map but with Test Model as the protagonist. Unlike his stiff companion, he actually has proper walking and running cycles and is able to crouch. The camera is also much more tolerable in this version, and you can switch between static and third-person modes. Controls are pretty much the same as before, albeit holding Square or moving the Right Stick to the left makes him run; and pressing Circle or moving the Right Analog Stick to the right makes him crouch. 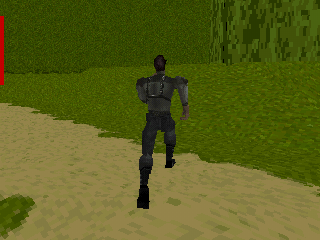 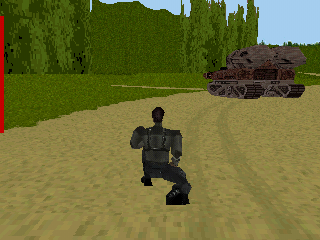 An odd test map where Test Model can freely roam through a racetrack, specifically Road Atlanta. As it also appeared in the Sports Car GT prototype from the same period, it is very likely an early version of the track in that game. Aside from the player having a much broader FOV than the previous map, it doesn't have much going for it. 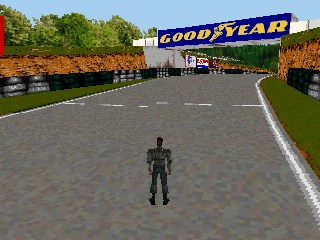 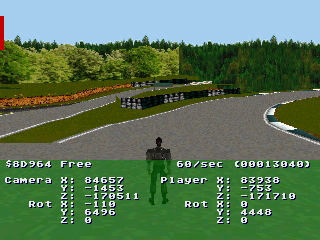 There are at least two visible debug displays during gameplay, primarily present in the test environments. 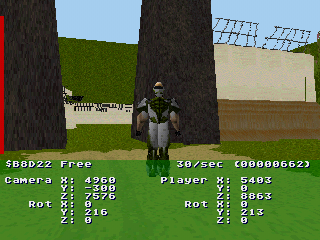 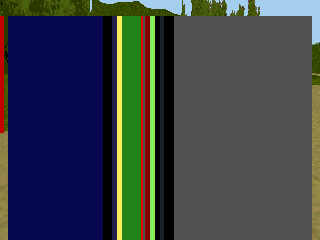 For having such a small filesize, some unused content managed to sneak into this little project.

Due to this particular model having incorrectly mapped textures, some of them are obscured from normal view.

DATA0.BIN has a sheet consisting entirely of fonts, cursors, arrows and boxes. These were likely to be used in a more extensive debugging menu. 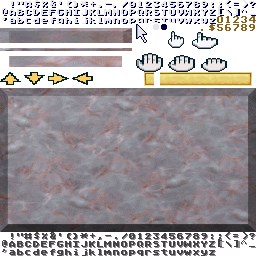 TITLE.BIN contains a title screen for Supreme GT, supposedly a working title for Sports Car GT. The text below it says "POV INC ALPHA PROTOTYPE. 4 1997", indicating it originated from a build made in April 1997. 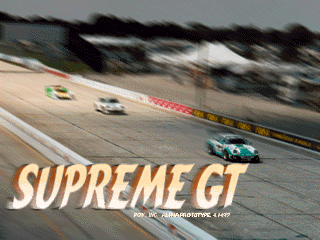 IMSA.BIN has a full set of textures for a racing car, suggesting that this is a model which isn't present on the Road Atlanta map or the Model Viewer bank. Everything here would later be used in an early build of Sports Car GT.

PSX.EXE and MAIN.EXE have this little message from the developers at offsets 426C8 and 43010 that more or less reflect the results after scanning both executables for text.