Guitar Hero III is the first game in the series to not be developed by Harmonix and the first to feature actual real life guitarists. Through the fire and the flames, we carry on... 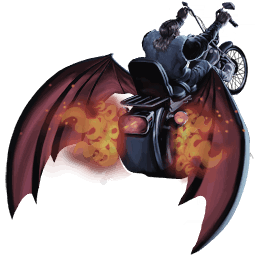 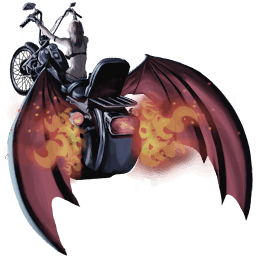 A simple placeholder graphic for missing textures. Similar images appear in later games in the series.

Several obvious placeholder images for some of the battle mode's items can be found in the directory with the other battle mode-specific images.

In texture files gh3image1p.img.ps2 and gh3image2p.img.ps2 in the WAD file reveals screenshots of a vastly different looking HUD from earlier in development, as well as a different, cruder looking note highway, compared to the final version which uses a 2D HUD instead. The venue Ye Olde Royal Odeon and Video Shoot is visible, with all stage characters appearing as Axel Steel. Alongside one of these texture files is also a screenshot of Guitar Hero 2. It's also possible that these screenshots could be concept renders or something Harmonix produced. 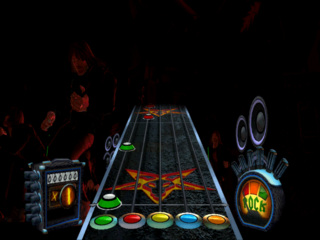 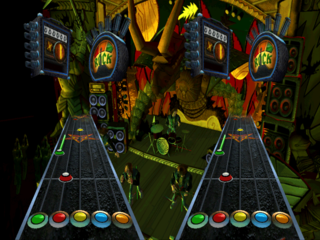 The original Whammy texture, which is seen in prerelease media. 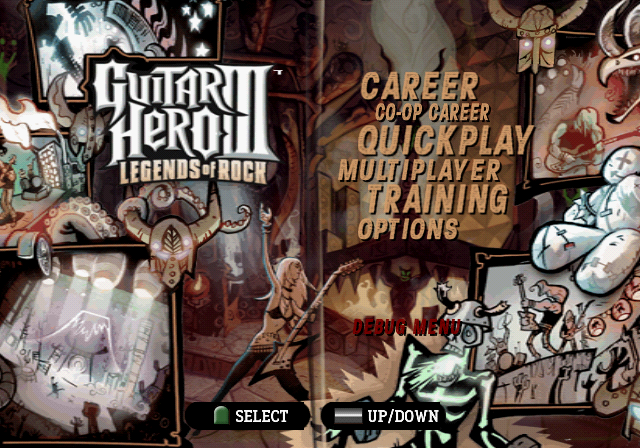 Applying the below code will enable a debug mode that opens a debug menu in the main menu and in the pause screen. 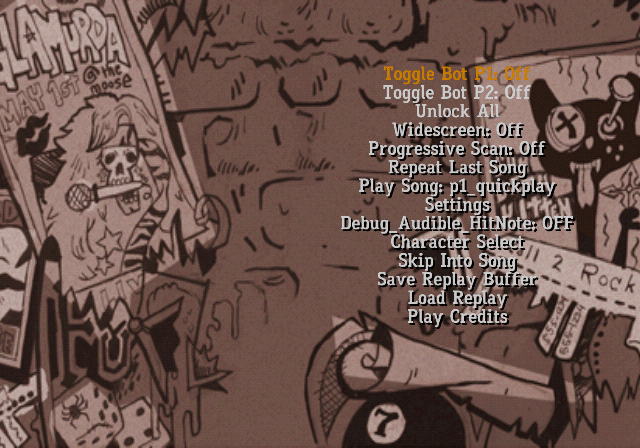 Among the rest of the game's movies (found within the aptly named "MOVIES" folder) is a short, audioless placeholder movie under the name "DEFAULT.PSS". The image used in the background of the video is the two player screenshot from above. Additionally, the logo for the game differs slightly from the final version, with the "III" being taller than in the final and having a point on the side that is also not in the final.

In the PlayStation 3, Xbox 360, and PC versions of the game, Poison singer Bret Michaels acts as the singer on the songs "Talk Dirty to Me" and "Go That Far". He was cut from the PlayStation 2 and Wii versions, but in the laziest way possible: although every mechanic to put him on the stage is there, his model and textures were replaced with a duplicate of the default male singer's. It is unknown why this is the case, though it may have been due to the developer's dissatisfaction with how his downgraded model looked. Strangely enough, his name is misspelled as "Brett" internally.

Two different build dates are present, as with every Guitar Hero game after III.

Some strings relating to GameSpy.

Tony Hawk's Underground 2 and 3 (?!?) related strings are present in every Guitar Hero after III.

A small leftover from Tony Hawk's Pro Skater 3. Ico is the format for PS2 save icons.