A fighting game based on the manga JoJo's Bizarre Adventure, Hirohiko Araki's much-influential, now largest-running Shueisha publication ridden with pop culture references, posture-deteriorating poses, and eye-catching action. It's not based on the manga overall though, only its third arc "Stardust Crusaders", due to the fact that it was the most popular arc.

This game was rushed, which is no surprise why it's now mostly overshadowed by its re-release.

Note that much of the graphics in this game can also be found in the JoJo's Bizarre Adventure update, but exceptions will be pointed out.

A single frame of an idle animation for the unplayable character Hol Horse, one of the mercenaries in the manga that DIO sent to kill JoJo's group. This was later used when he became playable in Bizarre Adventure. 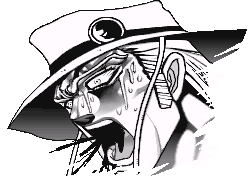 A defeat portrait for Hol Horse. It's used and unchanged in Bizarre Adventure.

A defeat portrait for J. Geil, another one of the goons sent to assassinate JoJo's group in the manga.

HUD icons for Hol Horse; these sprites look different from the ones used in Bizarre Adventure.

Only found in this game is this single sprite for Enya Geil, the old hag who tried to take revenge on JoJo's group for the death of J. Geil, her son. It was meant for a cut minigame involving fighting hordes of Justice's zombies, just like in a chapter of the manga. 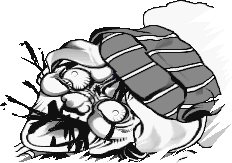 Enya's defeat animation. The PlayStation version puts it to use, but scaled down due to memory constraints.

In-game HUD icons for Enya; the palette shown is just a guess. They can't be found in Bizarre Adventure.

The sprites for the zombies that were meant to be summoned by Enya. They're clearly unfinished, lacking any shadows and details. None of these sprites can be found in Bizarre Adventure. 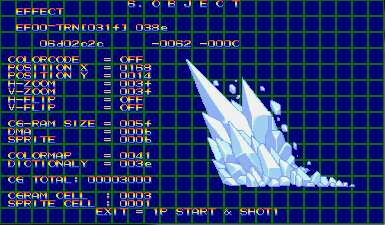 Ice effects from X-Men: Children of the Atom that were used by, well, Iceman. They might've been temporary graphics for Pet Shop's ice effects. A single set of animations for his ice octagonal ball attack can also be found. 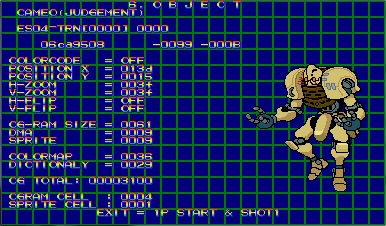 A single, unfinished sprite for the Stand "Judgement", whose user in the manga is Cameo.

A match victory text for Cameo, spelled Kameo to avoid legal issues just like with the rest of the characters with changed names in the non-Japanese sets of the game. This, along with the sprites for his Stand, indicates that he may have been intended to be a playable character. 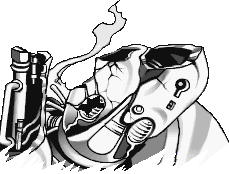 HUD icons for Judgement. Not found in Bizarre Adventure. 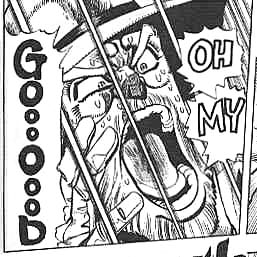 Joseph Joestar's defeat catchphrase, familiar for those who read the manga, now in sprite form!

Sprites for other, less famous things said by Joseph. 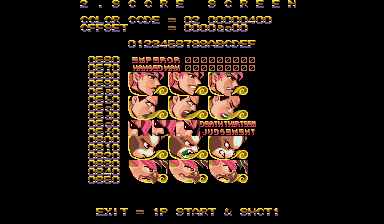 HUD icons for New Kakyoin. These seem to be the only assets found for him, and are not found in Bizarre Adventure. 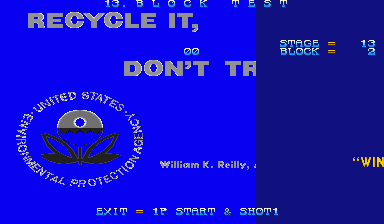 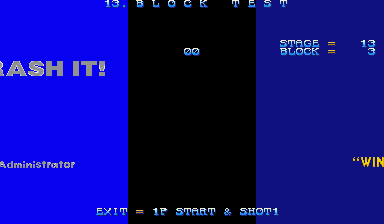 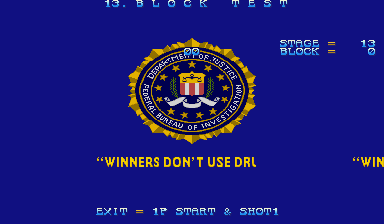 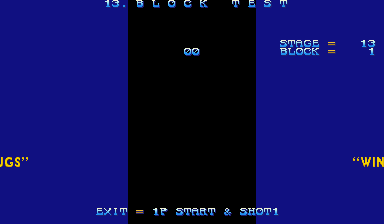 The standard "Recycle it, don't trash it!" and "Winners Don't Use Drugs" screens can be viewed in the BG TEST, but they're not used in the US version of the game. They were both taken out of Bizarre Adventure, which had no US release anyway.

The Japanese version has multiple second player join-in messages depending on whether the active character is a hero, villain, or Midler. For heroes, the text essentially reads "A new stand user, huh!" (arate no sutando tsukai ka!). The text for villains (nanimono da!?) and for Midler (nanimono!?) are basically the same and both read "Who are you!?". International versions only have Capcom's standard "Here Comes a New Challenger" text for all characters.