Leisure Suit Larry: Love for Sail! was the final entry in the series from creator Al Lowe and the sixth main game overall (there was no Larry 4...)

The Debug Mode can be enabled by placing an empty, extension-less file called "CLASSES" in the main game directory. In game, activate it by holding down both "alt" keys and pressing the "+" key on the numeric keypad. 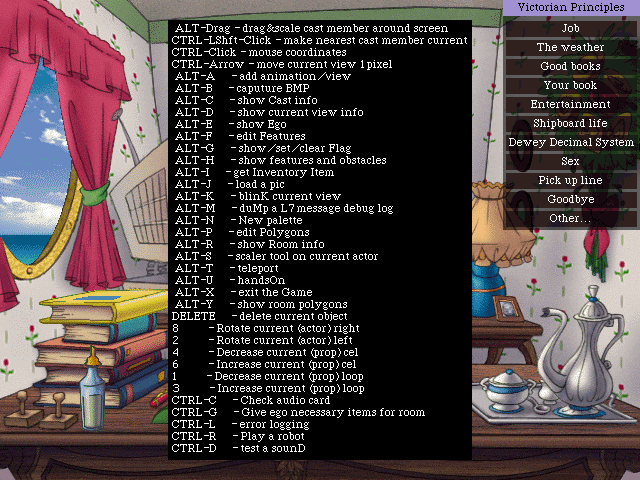 You can enable a harder game mode by placing a file named "GET_HARD" in the game's directory. In this mode, most key conversation topics will disappear, so the player will have to type them in with the "Other..." menu.

A funny face, listed as the first view in the game.

Some windows with some strange visuals.

A test animation of Larry walking, which looks very different compared to the actual walking animation.

A girl who does not appear in the game. From resource files, View 992.

An unused closeup of Captain Thygh. 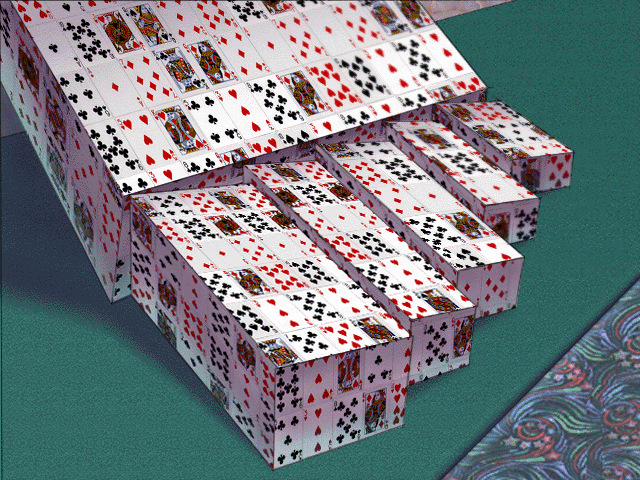 The resource files contain an image of the foot of the David statue, zoomed in. You cannot zoom in on David's foot in the game itself.