Leisure Suit Larry in the Land of the Lounge Lizards: Reloaded

Leisure Suit Larry: Reloaded is the second remake of the first Leisure Suit Larry game, complete with Al Lowe in charge. The remake adds voice acting (including Jan Rabson returning as Larry), new dialogue, and a new girl for Larry to go after, along with altering some of the puzzles and upgrading the art to a style much like that of Love for Sail.

After sleeping with the hooker and talking to her, her cigarette is missing. The texture does still have it, though. 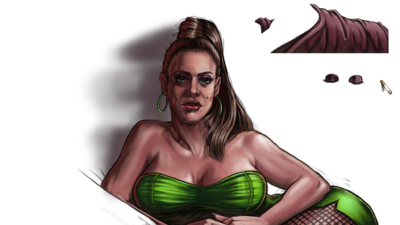 A sprite of Larry standing without a helmet is present in the AngryBroads texture. This probably means that the game was originally playable instead of being stuck in a demo mode. 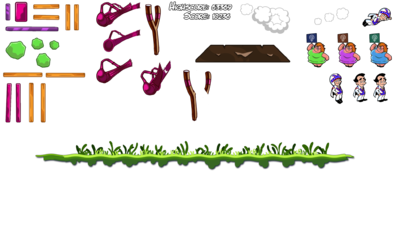 A version of Larry's wallet with banknotes present. For whatever reason, only the money-less version is used in-game. 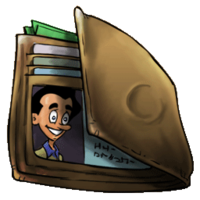 At one point, the developers considered allowing the player to explore after obtaining the box of wine, something not normally possible in prior versions (since trying to take a cab ride causes the driver to drink it, resulting in a death scene). This was scrapped, but not before some dialogue was written and recorded for using it in Lefty's.

The text, audio, and triggers are still present in the final game, and work as intended.

Present in the text files are Narrator lines in response to Larry using various things on the punk. For whatever reason, none of these are triggered in-game.