The story involves Larry, having gone missing in the 1980s, finding himself in a much different world than he knows - our present day.

The game was successful enough to get a sequel, Wet Dreams Dry Twice, in 2020.

Various unused NPCs are present in the game's files. 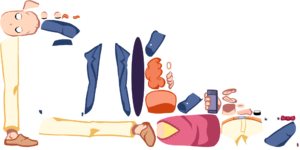