Leisure Suit Larry in the Land of the Lounge Lizards

Press ALT+D (or Command-D in the Mac version) to enable some debugging functions. These features are disabled upon entering a new room. 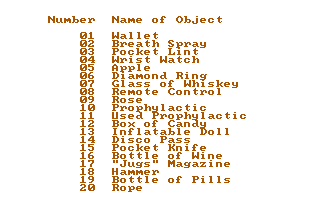 Type OBJECT NUMBER to bring up an item reference page. 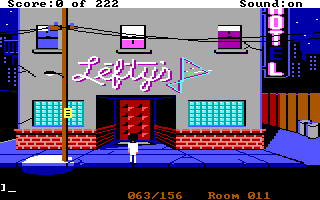 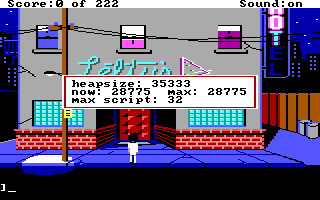 Press ALT+M to display info on memory use. 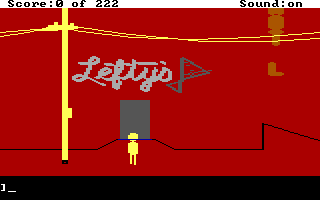 On the Mac, the game adds a special version of the Puzzle desk accessory to the Apple menu. It lacks an empty space, making it impossible to slide any of the tiles.

In the AGI 1.31 release, you can click through to a hidden credits screen. 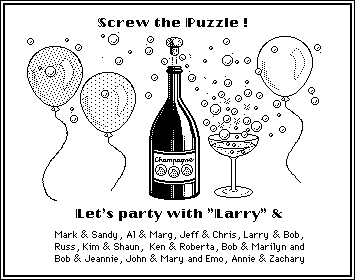 In the AGI 1.55 and 2.06 releases, clicking the puzzle elicits a comment from the narrator instead.

The string "Alarm Clock" appears near "Puzzle" in the game's text, but if a gag version of that DA was planned, it doesn't seem to have been implemented.