Lunar: The Silver Star is a cult classic JRPG. Made originally for the Sega CD, it has since been remade ad nauseam. It features a young boy named Alex who steals clothes from dragons in order to keep his girlfriend from turning evil and destroying the world just because a hero told her to.

Or, to quote the excellent summary found in ABS.TXT: "Role Playing Game. A story, ALEX help LUNA with love."

Much like its successor, this game contains a debug menu, this one much more advanced and user-friendly.

It's enabled by setting bit 6 of $FFE619, e.g. with Pro Action Replay (PAR) code FFE618:0040 or an editing utility. This setting is part of the game's bitflag array, so once set, the flag will persist in the current save file.

To access the menu once it's enabled, press Start on the overworld.

The debug flag above also enables a walk-through-walls mode, triggered by holding the B button. When enabled, the party can move through solid terrain and won't encounter random enemies.

This odd series of dialogue strings is stored starting at 0xFB5 in C002.MAP, in the middle of the text for the Althena shrine near Burg. No other shrine has equivalent messages. Near these is some never-called code to convert a raw integer to a 9-digit decimal display and write it to a buffer in the format used by the game's dialogue strings, as well as some code that appears to be intended to choose whether to print "MR/MS" or "MS. JESSICA".

A plausible interpretation is that earlier in development, the player had to go to shrines to find out how much experience was needed for party members to advance a level, instead of this information being available from the status screen. This could also be a leftover debugging function, though that seems unlikely given that the game goes to the trouble of selecting gender-appropriate forms of address.

This message is found only in the US version, at 0xAA0 in the file MSTART.BIN. Hiroyuki Koyama was a programmer at Game Arts who worked on many of their other games, including Lunar: Eternal Blue.

Note that in Working Designs' early days, all changes made for the US version (English support, increased difficulty, etc.) were handled through the original developer. With later releases, the company hired their own programmer (singular) and took the process in-house for at least some games. 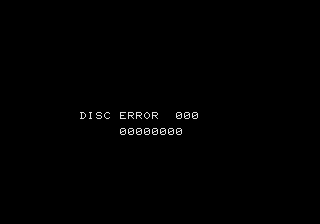 The Japanese version of the game will crash with a "DISC ERROR" if it tries to load something invalid. This frequently appears if the debug mode's walk-through-walls feature is used to walk off the edge of a map that doesn't have any exits on its borders. This seems to have been removed from the US version.

Whenever a game is translated from a Japanese version, the inevitable question is: "What did you change?"

Actually, this game is something of an outlier as far as Working Designs releases go. The US version of the game has relatively few edits to the gameplay (though the script is another matter entirely – refer to the appropriate section of the Lunar: Eternal Blue page, because the rewrites in that game are basically the same as in this one). There are still some significant changes, though.

Six enemies, almost all of them mid– or late-game bosses, had their stats increased in the US release.

In the Japanese version of the game, donating at a shrine costs 10 Silver. The US version raises the cost to 100 Silver. Hearing the bonus song requires ten donations in both versions.

It also appears that the US version intended to raise the cost of donating at the shrine near the Red Dragon's Cave to 200 Silver. Unfortunately, Hiroyuki Koyama neglected to consider that the money is subtracted from the player's total by making the base cost negative and then performing an 8-bit signed addition. When 200 is interpreted as an 8-bit signed integer, it becomes -56; thus, the game makes that negative, and winds up giving the player 56 Silver with each donation instead of taking it away.

Several of the game's graphics were redrawn, at Sega of America's request, to remove nudity and symbols with potential religious connotations.

A number of pentagrams and hexagrams were changed into different symbols:

The transport pads were changed from pentagrams to a different symbol, an alteration which carried over to the sequel.

The alternate hexagram transport pads that appear in the final dungeon were similarly modified.

The icon used for the Light Barrier and some other items was changed from a hexagram to a triangle.

Xenobia's bust was removed from her battle sprites. Some proper shading was also added to her swords.

The very brief nude shot of Luna in the ending was given a washed-out palette in the US version. This image also appears in a flashback in Lunar: Eternal Blue, and was similarly edited there.

In the game's climactic sequence after beating the final boss, the player has to walk Alex across a long platform to reach Luna, who fires damage-dealing lightning bolts at him as he goes. In the Japanese version, the lightning only does damage equal to a small fraction of Alex's maximum HP; the player merely needs to keep walking to the end of the platform to beat the game.

The US version significantly alters this sequence. The lightning bolts will instead deal damage equal to half of Alex's maximum HP, killing him in two to three hits (unless the player heals in between). The lightning will continue doing heavy damage unless the player opens the inventory and uses the otherwise-useless Harp item, at which point the damage will be reduced to the lower amount from the Japanese version.

Strictly speaking, it's not necessary to use the Harp to beat the game in the US version, though forgoing it requires very frequent healing.