From The Cutting Room Floor
Jump to navigation Jump to search
Translate this page
Other languages:
Deutsch • ‎English • ‎svenska • ‎한국어

Track #13 in the NSF is an unused song. Where it was intended to be used is a mystery: but since it's so long and repetitive, it's likely a theme for a character or location (rather than, e.g., an alternate tune for Syd or Razor playing the piano). It can be played in ScummVM with the command imuse play 81. 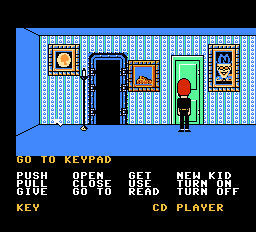 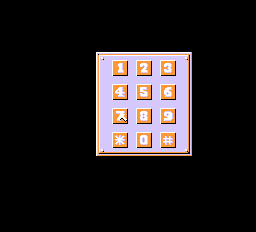 This particular Keypad is a leftover from the PC version: as an anti-piracy measure in the days of floppy disks, game developers often forced you to enter a code at some point, which was usually present in the manual or other accessories that were packaged with the game. In Maniac Mansion, you had to use the Keypad and enter a code from the manual to unlock the Steel Security Door, which is always unlocked in the NES version (and really doesn't make it too secure). The Japanese version of the game instead handled this situation by replacing the security door with a regular one. 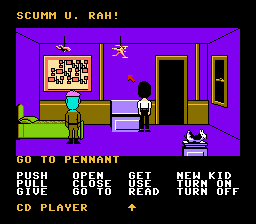 The US version kept in the ability to microwave Ed's hamster to death, but the European version removed this.