Myst V: End of Ages is, true to its name, ostensibly the final game in the Myst series. That said, the game is mostly composed of unused Uru concepts. Cyan had ended up in a bad place financially following the shutdown of Uru Live and disappointing sales of the single-player version, and so development of Myst V was rushed.

At some point in development, an urwin (a creature later appearing in Uru Live) was going to be present in Direbo. Unfortunately, due to time constraints, it was never fully implemented before the game was released. 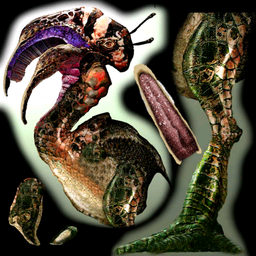 Amongst the textures for Direbo is the urwin texture used in Negilahn in Uru Live. The dat folder also contains an urwin model (Direbo_drboUrwinShape.prp) and associated idle and walking animations (Direbo_UrwinIdle.prp and Direbo_UrwinWalk.prp). There is also unfinished code for spawning the urwin (drboUrwin.py), haphazardly copied and pasted from the code for spawning Bahros.

Present in the textures for Descent is this texture from Uru. It isn't used in this game. 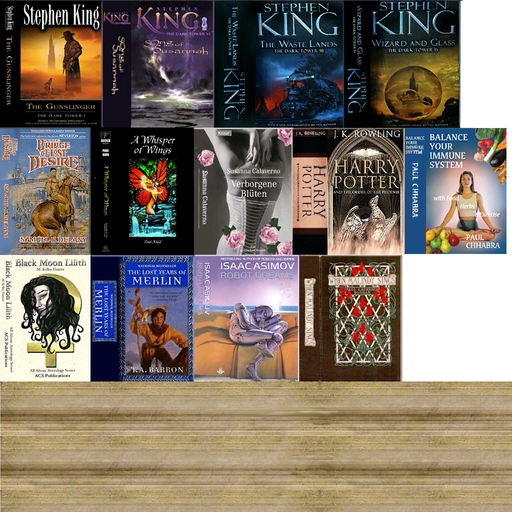 Also in the Descent texture file is this texture, showing, as per its name, many assorted books. It too goes unused, though this texture does not appear to be from Uru.

The textures for the pelicans contain a fair amount of unseen content.

A version of the flag on Fighter Beach with the symbol outlined. A certain pre-release screenshot in the game's Prima Official Game Guide shows this version being used instead of the basic version. 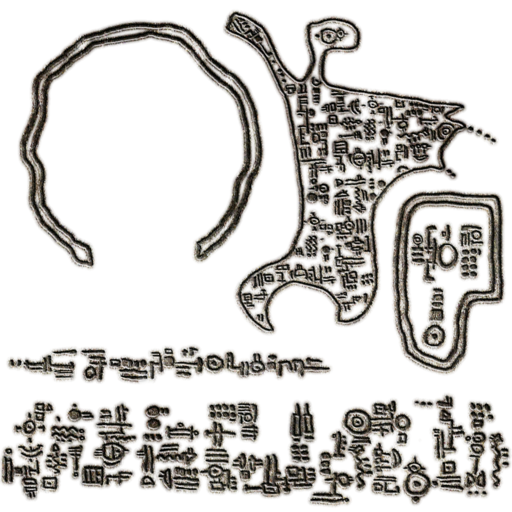 A prototype slate pedestal is present in the texture files of Direbo and Noloben. 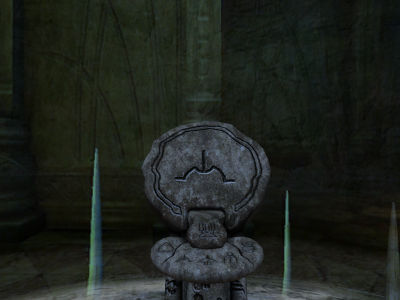 A pre-release screenshot exists showing the prototype pedestal being used in Todelmer.

This texture is present in the texture files of Noloben, Laki'ahn, and Myst Island. 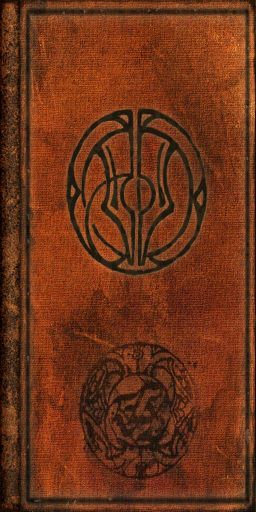 The texture used for the editable journal in Uru. The player journal in Myst V uses a different texture (which also later appeared in Uru Live in its originally intended context). 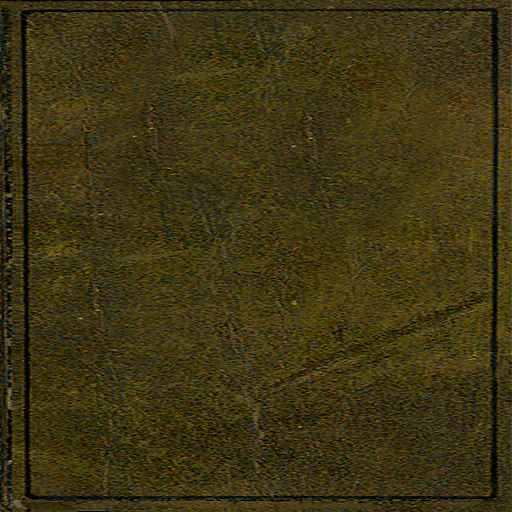 When viewing a book, this texture would be used as the default cover if no other texture was specified. This can't occur in the game. 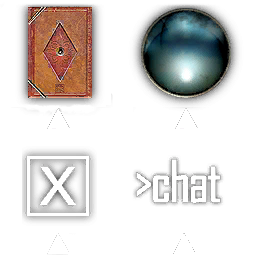 The ">chat" icon is left over from Uru Live, and is unsurprisingly not used in Myst V. 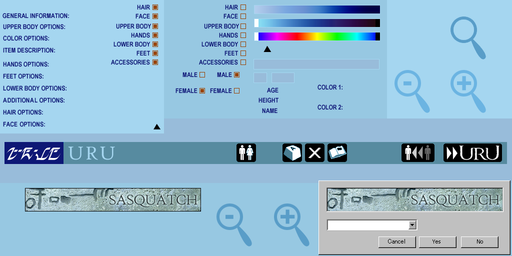 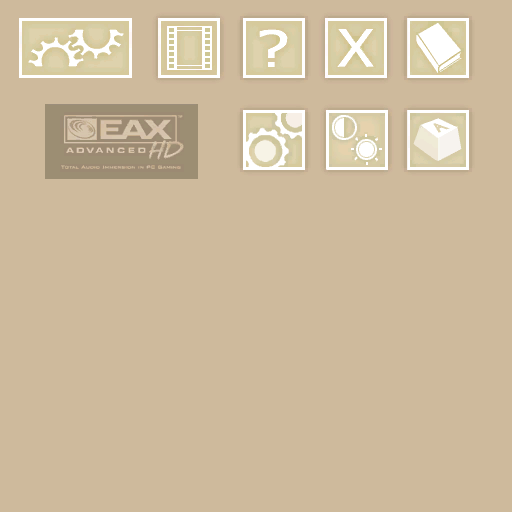 The textures used for Uru‍ '​s in-game menu are still present in this game, though unused.

A Slate has been placed, and because of that a link is created. Use it!

An unused Esher line. The 'glbl' indicates that there are multiple Ages that the sound could have played in. There is a corresponding video (right) for Esher's face while saying the line, though there is no associated animation data for Esher's model. There are also no corresponding subtitles for this line, in any language. Trivia: Cyan quoted this line on their website.

There are also corresponding French, German, Japanese, Russian, and Spanish translations of the line (though no Italian or Polish): 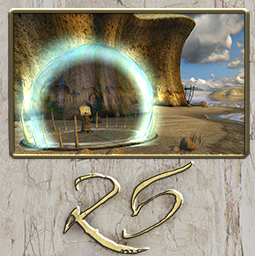 As with the other games that received updates for Myst‍ '​s 25th anniversary (with the exception of realMyst: Masterpiece Edition), the game's Myst 25th Anniversary Update added an unused ".ico" file in the main directory, named EndOfAges.ico. Like the unused icons in the other games, this icon file is actually just a renamed PNG file, not an ICO file. Additionally, like the Uru: Complete Chronicles icon, this image is 255x256.