Note: This article also covers the so-called "US beta" version, whose origin and exact details are presently unknown, however contains everything presently shown on this page in its final form.

Note: Before using patch codes, you must disable the checksum check. To do so, use one of these patch codes (any emulator):

The main menu code (the Start/Options/Records screen) checks for two codes that turn on and off several interesting features.

After entering a code, press Start to confirm. These must be the only buttons you press on the main menu before pressing Start, and you can press the buttons in any order. Once you press Start, if you entered a code correctly, the sound effect you hear when you select an item from the main menu should be different, and you should be taken to the Options screen (since that option is selected since you pressed Up twice in both cases).

With the features on, three things will change. 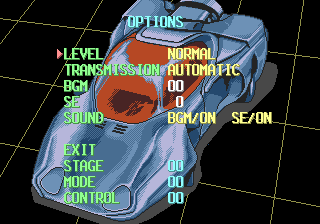 First, there will be several extra options on the Options screen. These additional options are described below.

Second, during gameplay, hold C while pressing Start to pause (or press them both at the same time) to reset the game. 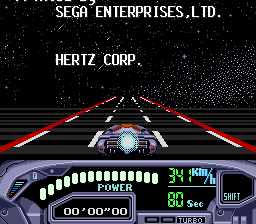 Finally, an additional line HERTZ CORP. will be added to the end credits after the line Printed by SEGA ENTERPRISES LTD..

The features set flag is also checked in the Sega screen, but whatever action was taken here has since been removed. The earlier Junker's High prototype does do something here (jump to the Data Loading screen; see below).

There are three additional options in the Options screen: STAGE, MODE, and CONTROL. 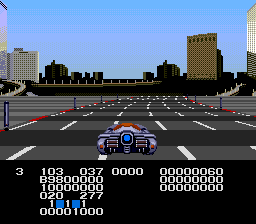 If bit 0 of the CONTROL value in the extended Options screen is selected (that is, you choose any odd value), the normal HUD will be replaced with this debug HUD. Here is a picture of the HUD with each field numbered; a description of each field is provided below, numbered in the order the game draws the values (except for the first one, which is drawn separately). 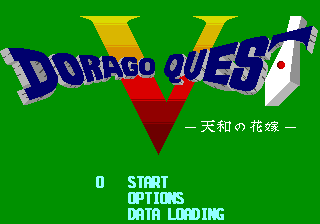 Screen mode $8 (screen mode numbers are in increments of $4) loads a joke title screen for "Dorago Quest V". No music plays, and the code for the menu is the same as the code for the Options screen (rather than for the regular main menu).

There is no way to access the Dorago Quest V screen without editing the ROM. The methods described below require you to disable the checksum (see above).

To have the game boot directly into this screen, use one of the following patch codes (Gens/GS only):

To have the game jump into this screen by selecting any option from the main menu, use one of the following patch codes (any emulator):

The music will continue to play with this. This takes advantage of an unused target in the main menu jump table that returns to the main loop, which moves to the next screen mode (and the title screen is screen mode $4).

The alternate title screen is only somewhat functional. Selecting Start takes you right to the game, but with nothing set up (it literally calls the game loop function directly without setting any environment up), so you are taken to an invalid level that does not seem to end (shown left) and with the title screen music as background music (it starts playing over again). Selecting Options does take you to the Options screen, but exiting that will take you back to the regular title screen. 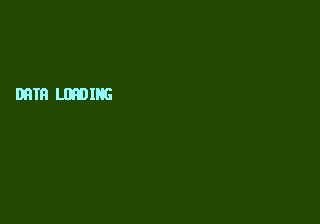 The third option, Data Loading, will not take you to the Records screen, however. Instead, it takes you to this screen, which just says DATA LOADING. Immediately after drawing this, the game deliberately jumps into noncode, which causes the game to hang.