This is a sub-page of Proto:Conker's Bad Fur Day.

Compiled on 25 August, 2000, this build was demonstrated for the ECTS. Given how radically Conker's Bad Fur Day was changed during development, starting with a happy, colorful world and then becoming a darker and more vulgar game, it should be no surprise that this game not only has a prototype, but it actually has two! This page is specifically for the (hugely different) ECTS demo prototype.

Due to the limited scope of the ECTS demo, many of the things mentioned here cannot be reached by normal means. Use the following GameShark codes to surpass these limitations.

Note that since the cheat menu is nonfunctional in this build, a cheat code device or hacking is needed to get these working. There are a few cheats with known effects, what would be the cheat itself and the GameShark code that is needed to enable it. The following cheats are functional when forced to work:

The non-functional cheats are: 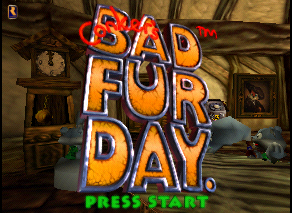 In the final game, it goes straight to Conker walking into a bar after the logos. The closest thing the final game has to a title screen is the opening sequence. However, enabling the following code and pressing Up on the D-Pad enables a semi-working version of a title screen.

In it, some demos play in the background, but they seem to have been made for an earlier build. There is also blinking text with the words "Press Start".

The audio channels for music do not mute when the cutscene plays, which results in two tracks playing at once.

The game crashes after selecting this chapter. 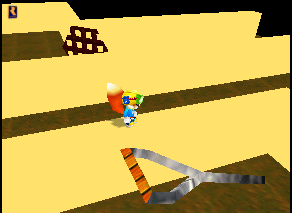 Corn off the cob

The room that transitions into Ugga Bugga seems to have shifted a bit in development, as there is Ugga Buggas patrolling the map rather than dinosaurs like the final. 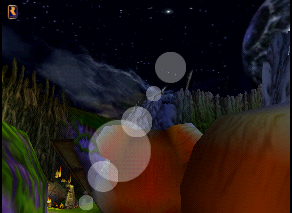 Note: This is unfinished.

Some button icons used in speech bubbles in the prototype are different: 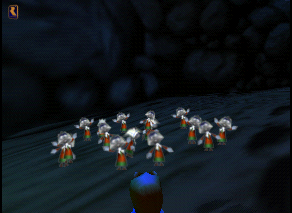 The cheats menu is incomplete. The keyboard in the "Cheats" menu is almost untextured, having only blank buttons with letters or characters on them (except for the space button, which is untextured). These letters and characters are also different, most notably the "." and "DEL" button. Cheats also don't seem to be working at this point.

Far more features are present here than in the final version's.

Using the Universal N64 Compressor to decompress the game's files, some of the demo's sounds (specifically, the cutscene audio) can be found in .mp3 file formats. There's some sounds that are unused, and are not present in the final game at all.

Possibly multiplayer related, since there's sounds for all four players.

Many sounds related to the chapters and multiplayer game modes names. Possibly played when they were selected?

These last two were possibly used when the player got a game over, and when the demo was finished.

"Ah yes, now I remember! Hold Z down and I should crouch."

The Z was pronounced "zed" instead of "zee".

"And if you need it again, then press L and B at same time."

The L button was called the left trigger.

The Control stick was called "Joystick". 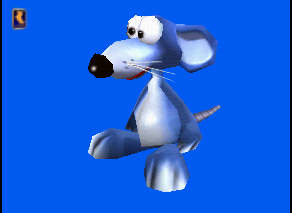 A blue version of Marvin can seen by replacing Conker's model with the following GameShark code:

The corn bag, which is still unused in the final game, can be loaded using the following GameShark code: 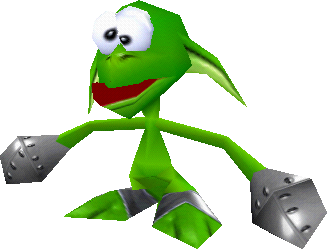 The Clang Gobling without armor can seen by replacing Conker's model with the following GameShark code:

This model has only two animations below.

Bird on a Bi-Plane

An unshaded, textureless, and UV-lacking model of a unknown bird riding a bi-plane can be loaded using the following GameShark code: 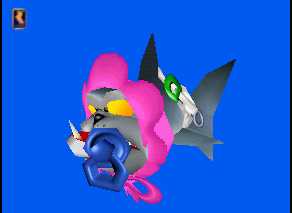 A version of the Bulldog fish modeled to look like a cartoon-ish baby can be found using the following GameShark code: 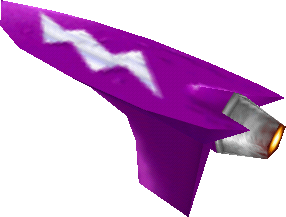 An early version of the hoverboard which was seen from the promotional clip can be found using the following GameShark code: