Psychonauts 2 is the sequel to Psychonauts, released 16 years later with the help of crowdfunding and a Microsoft acquisition, picking up right after Psychonauts in the Rhombus of Ruin leaves off.

Each of the unused areas can be accessed by using the console, which can be unlocked with external programs. The command to open each level is open. As an example, to open the Cutscene Test level you would use open CutsceneTest.

A simple cutscene testing room. Does not appear to have any functionality left. It can be found in Game/Maps/Playgrounds.

A test level with various assets from throughout the game. It can be found in Game/Developers/juligregg

A large combat testing room. It can be found in Game/Maps/Metrics/

A map filled with a majority of the characters in the game. It can be found in Game/Developers/Adam.

Inside the .PAK's Game/FX/Figments/Textures folder and outside of any folder is this file, presumably meant for debugging or in case a figment didn't display correctly. 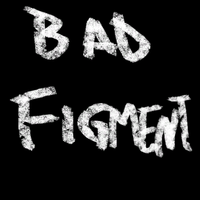 Three additional placeholder figments can be found in the folder Game/FX/Figments/Textures/TEMP. 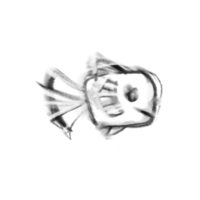 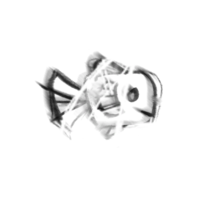 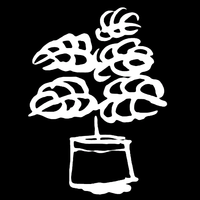 This dour placeholder file is found in the folder Game/Settings/MapData/MapTextures.

Three placeholder icons can be found in Game/UI/General/Art. 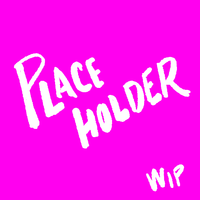 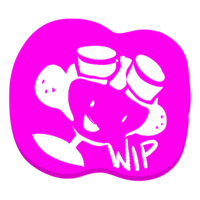 A temporary pin for the Journal, found in Game/UI/Journal/Pins. 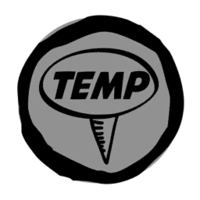 Gruloky is a speculated minigame that may have been cut from the final release of Psychonauts 2. It is referenced during Psychonauts 2 by certain voice lines, as well as a scavenger hunt item, which the protagonist mentions playing with his family.

Due to the extremely large number of unused voice lines mentioning Gruloky and Gruloky-related terms, many of which are also included in the game's subtitle file, it's possible that it was originally intended to be a playable minigame Razputin could play with his family. There are also several voice lines containing instructions on how to play, and many different characters repeat the same lines involving card or hand names, strongly suggesting it was more than a removed cutscene, and voice lines of Razputin playing the game further suggest it was more than potential background dialogue that occurs when the player is nearby.

Some voice lines retain the name QAGRLK in the files, which could be an abbreviation referring to where the Aquato family is located throughout the game(Questionable Area?) combined with name of the game (Gruloky).

The game appears to be based on a traditional tarot card game originating in the Czech Republic and Slovakia, known as Taroky. This is corroborated by playing instructions contained in voice lines for the game, as well as its presence at Double Fine's 2017 Amnesia Fortnight internal game jam.[1]

Dialogue lines relating to Gruloky can be found in this sub-page.