From The Cutting Room Floor
Jump to navigation Jump to search
This page contains changes which are not marked for translation.
Other languages:
English • ‎español • ‎français • ‎português do Brasil • ‎한국어

Roblox is an online game creation platform that allows users to design their own games and play a wide variety of different types of games created by all kinds of users.

Also, note that games created in the engine can use the textures and sounds listed here, therefore while unused in the CoreScripts and other official game engine code, they may be used in Roblox games.

Although not so significant, the game used to have a second currency called Tickets (Tix for short) that had been around since 2007. The currency was removed in 2016, leaving this texture unused.

An earlier version of the Robux currency icon, which was replaced in 2019. Since then this texture has never been used.

Appears to be an early redesign for what would replace the older icon (seen above) for the Robux currency.

It seems like the player list icon for Roblox Premium (the membership that replaced Builders Club) was originally going to be a diamond, but it was replaced with a P.

This image is a gray square with rounded corners. It can be assumed that this is a 9-square image, which is used in Roblox development to give objects rounded corners, as up until recently, the GUI engine did not natively support rounded corners. The image was probably going to give the chat box rounded corners when the user is in VR, however, this wasn't used and the chat box is the same as the desktop and mobile chat box, with square corners.

The Roblox logo was included in the game files which was used in a loading screen for about a week during 2014 which replaced the simple loading status text in the middle of the screen. An example of this screen can be seen in videos from the time, for example, this one, This was replaced with a much simpler loading screen, which only included the game's name and its creator.

As mentioned above, from 2014 to July 24, 2017, this spinner was the status indicator that appeared on the loading screen, it had "Loading..." written in the middle of it. It eventually became unused and a spinning Roblox logo took its place.

An icon for a microphone exists in the game's files.

This appears to be an early attempt to redesign Roblox's character. The model was codenamed "John", (most likely named after John Shedletsky, the first employee and former creative director of Roblox) and it is fully-modeled. It was placed on the Roblox blog in 2007 with a texture, and the textures were rediscovered on 10/27/2017, leaving the opportunity to create a recreation of the model. For whatever reason, it has a scale that makes it very large. This is a demonstration. The mesh can be found here. 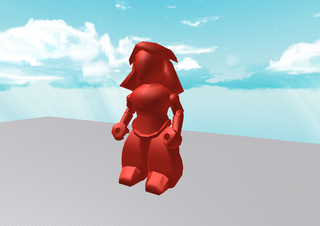 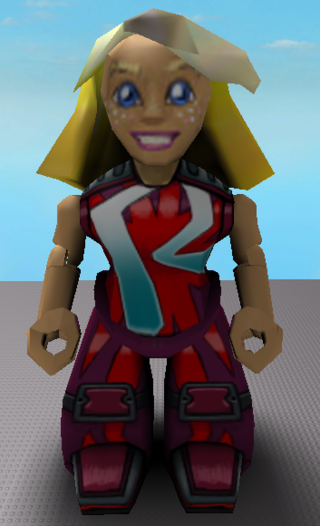 At one point, while badges were still in development, they were going to be a full-on customized mesh rather than just a shiny block with a circle-cropped image of whatever you uploaded as the icon on it. This texture seems to have been designed in such a way that it could be easily retextured by the player, however, it's anyone's guess as to what was originally intended by the texture. 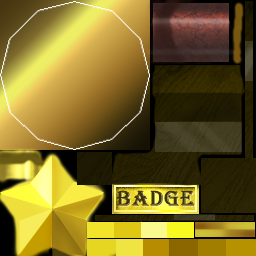 Here is a mockup of what it would look like in-game with a badge texture. 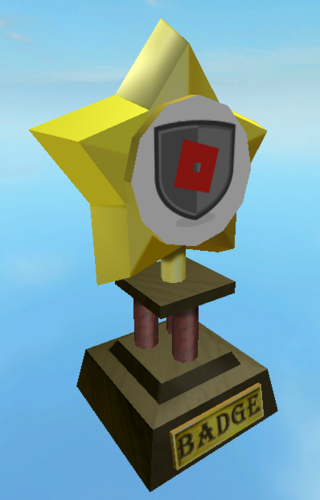 A Lego tree mesh with an unknown purpose. 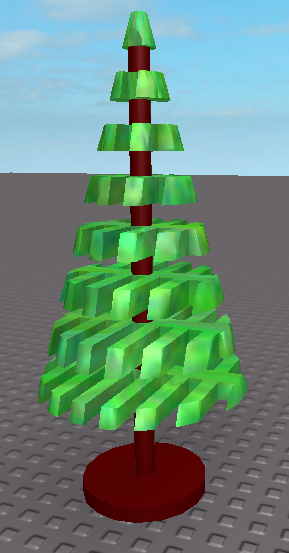 The annual Egg Hunts usually have some cut content, as do a lot of events, due to the approaching deadlines. 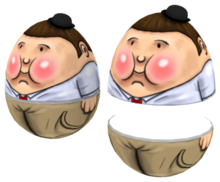 The StackingDoll Egg is an unused egg for the 2012 Egg Hunt. The model is split into two halves, like a real stacking doll.

There is a texture titled ColoredDotEgg that was created around the time of the 2013 Egg Hunt. The background of the texture hides CommanderVideo from the Bit Trip series..

The Friend Egg was supposed to be used during the 2014 Egg Hunt. It is unknown how you would have obtained this egg but it might have been obtained by playing with a friend or making friends during the event. 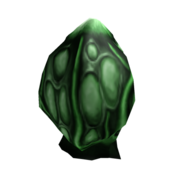 This Egg is the oldest canceled egg (that we have knowledge of) that exists. It was supposed to be used in the 2008 Egg Drop. It can be assumed that this egg was used in the now-defunct Invite a Friend program, where users could email friends invite links to gain an Inviter badge on their profile. 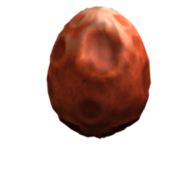 Another Egg meant for the 2018 Egg Hunt, It is unknown which world this egg was supposed to be collected in if this was a randomly spawning egg or an egg that you had to do a quest to obtain. This is one of the few canceled eggs to be put on the catalog. 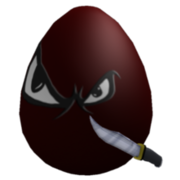 This is the early version of the Mad Egg that was used in the 2015 Egg Hunt. This was replaced with a dark red egg with three fancy knives stuffed in the top part. 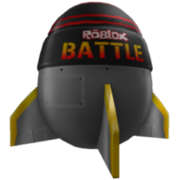 An egg meant for the 2013 Egg hunt based on another Roblox game called "Roblox Battle", It might have been a cross-promotion with Roblox Battle. 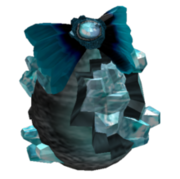 This egg-shaped box is an early version of the Terrible Gift of Korblox Ancients. 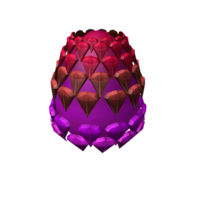 Yet another egg meant for 2018, It looks rather unfinished so it was probably cut early and replaced by the Dreggon.

Interestingly enough, the F1-F7 debug menus are the only remnants remaining of Roblox's legacy hard-coded UI system, from the ages prior to late 2009.
Almost all of the old built-in UI elements have been removed from the engine, in favor of using the publically accessible, Lua player GUIs.