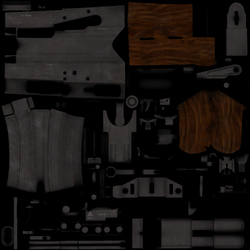 A texture for an AK-47 and a model for its magazine can be found in the game's files. The textures don't look like they fit in a Serious Sam game and there is no coding nor sounds for it. These appear to be from a realistic modern-military game named T.E.O.R. which Croteam was working on for an anonymous publisher (the game was canned before being fully announced) and that they were accidentally added to the game's packages. You can see a screenshot of that game's AK-47 model in this tech demo to a magazine.

The treasure items and 1up models are used in the Coin-Op co-op mode of Serious Sam HD: The Second Encounter, where they're used to get extra points and to give the team a free extra life, respectively.

Leftovers from an (at the time) incomplete The Second Encounter HD remake can be found in the game's files. The most prominent of them are the ammo icons for the TSE-exclusive weapons, which are different from the ones seen in the final TSE HD remake. These icons could actually be seen at one time in-game by picking up an ammo backpack in the Dunes level while in Hard or Serious difficulties, but this has been patched out.

The models for the TSE-exclusive weapons can be found in the game, but there is no coding for them, so all you can do is make them replace one of the existing weapon models. 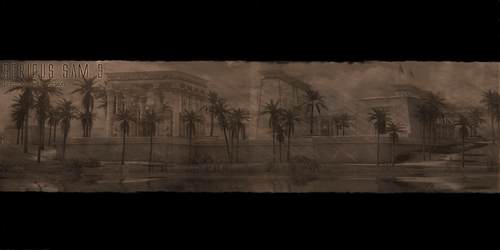 What's interesting about the default menu image is that it appears to be an earlier iteration of the Gathering of Gods level from the Jewel of the Nile expansion using assets from The First Encounter. The text "Serious Sam 3 preproduction version" is present on the upper left-hand corner.

An unused model named "woman" can be found in the game's files. It is the Harpy's middle and lower body, along with her legs. This is used in Serious Sam HD: The Second Encounter as the trigger for the "mooning Harpy" secret in the final level. 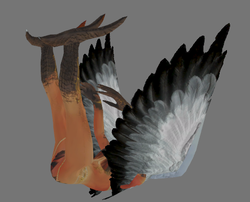 Harpies normally gib no matter how they are killed, however the model file shows the original death animations are included in the Harpy's animations.

The unused pit in Hatsheput found in the original game is still in the HD remake. This is because the game's level architecture is a direct port from the original games, and it's likely the team forgot to remove it while they were prettying the levels up.