Every weapon from Serious Sam 4 that didn't appear in Siberian Mayhem has been added in Patch 1.03 for modders to use. This includes the Tommy Gun skin for the Assault Rifle, but it is inaccessible in-game because the option to turn on the Tommy Gun skin is absent.

The FRPCL "Chainsaw Launcher" from Serious Sam 4 is still present in the game and is fully functional. The weapon can be acquired by enabling developer cheats (typing cht_bEnableCheats=3 in the console) and using the give all command. It was used for testing purposes and was not intended to be an acquirable weapon. The Netrisca entry for the FRPCL is still present and can be accessed as well. 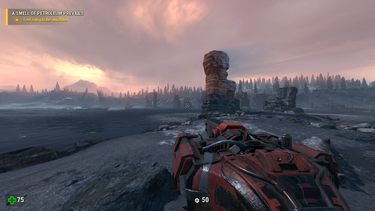 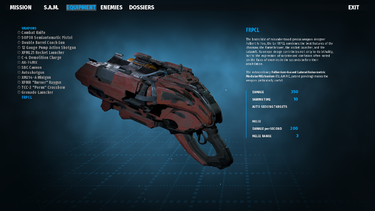 The Lazer Pyro's mesh has part of a head inside that's not visible during regular gameplay. This mesh appears identical to a render present in the Art Book. Unfortunately, the face polygons appear to have been deleted.

Someone grew very tired hearing about Ivan eating all the beans. Found in 00_All.gro\Content\SeriousSamSM\Scripts\Levels\Siberia\VoiceoverControl_b.lua