Space Invaders '91 is Space Invaders with a health bar, some more annoying enemies, and a company that paid attention to what the current year is (see right).

Round and Sound Select

The game has both a secret Round Select and a secret Sound Select (sound test) that run on the same code and work the same way. 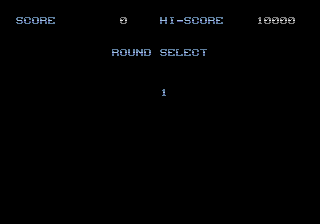 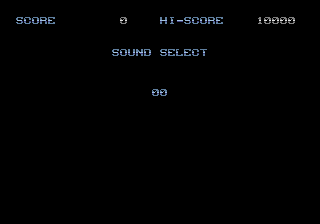 Up and Down scroll; Start selects.

The enemy layouts in the two sections of the final round, Doriasta, come together to form the phrase "インベーダー９０" ("Invader 90", part of the game's Japanese title; the ー after the ベ is underneath for some reason) in the Japanese version and "INVADERS" in the US one.