Otherwise known as The One Where He Has a RED Mask. 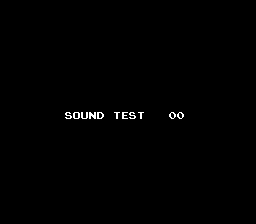 At the opening scene of the house, press Select three times, then hold Down+Left and press II.

At this new screen, press Select to switch between a stage select and sound test.

Rick's mask was slightly redesigned and changed from white to red, likely in an attempt to make him look less like Jason Voorhees. His skin tone was also made slightly darker.

The central figure of the rotating head boss of Stage IV was changed from an inverted cross to another demonic floating head.

The grave at the end of Stage VII was changed from a cross to a tombstone.