This version of The Lost World: Jurassic Park is known for having a special edition which fixes some of the problems with the original release. 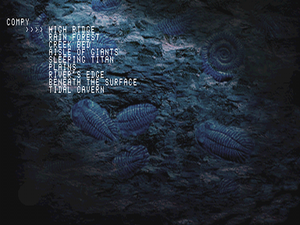 This screen also allows you to view the movies.

The Greatest Hits version of the game was known as "The Lost World: Jurassic Park Special Edition", and featured a variety of changes to the game, most of which was based on criticism of the original version. It included difficulty changes, such as the player being stronger, mid-level checkpoints and an entirely new level featuring the T-Rex which appears much earlier in the game.