VA-11 Hall-A: Cyberpunk Bartender Action is a self-described "booze em' up about waifus, technology, and post-dystopia life" that takes place at the intersection of vintage cyberpunk anime, PC-98 games, and social drinking.

A few character designs from early in development are still present in the final game, and can be seen using a tool capable of viewing/unpacking Game Maker Studio archives.

Some early development blog posts from 2014 and early 2015 featured a different design for Anna, with a brighter color scheme and a completely different glitch animation. This version of her design survived all the way until the version of the demo that was shown off at PAX East 2015, and can still be partially seen in the final game as part of her photo ID and one of the Steam achievement icons.

The final game's resources contain two early versions of Kira Miki's sprites, at least one of which can be seen on the development blog.

These sprites are named "kira_spr", "kira_eyes", and "kira_lips". Screenshots featuring these sprites were shown off on the development blog in September 2014; her final design was shown off in July 2015.

These sprites are named "miki_spr2", "miki_eyes2", and "miki_lips2". In the demo, which contains both of these early designs but not the final design, the "2" is missing from the sprite names.

In addition to the early character designs, some other graphical remnants from the development process can be found in the final game as well. 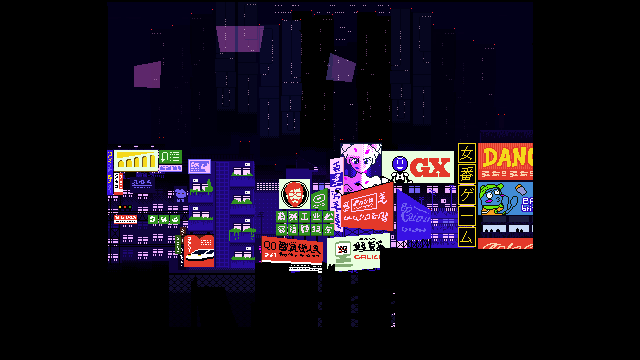 The sprites "city_backdrop" and "city_front" make up part of an earlier title screen design which was featured in the PAX East demo. 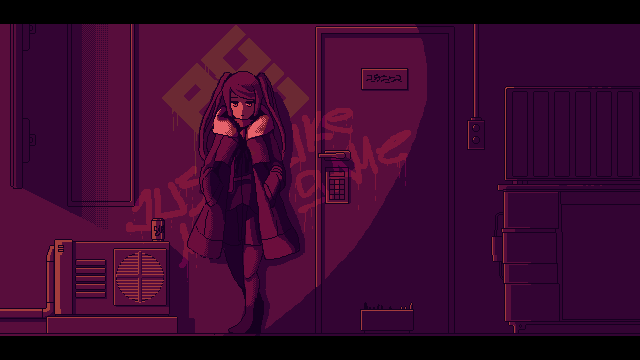 The sprite "practiceicon_spr" shows an app that at one point would have accessed a practice mode similar to the one featured in the Prologue. Another blog post from March 2015 shows Jill's phone/tablet with the icon present.

The practice mode was probably eventually removed since in the final game, you can take as much time as you want to make a drink, or start over as many times as you want with no penalty, which means a separate practice mode would be pretty redundant when you can just practice during the regular game at any time. 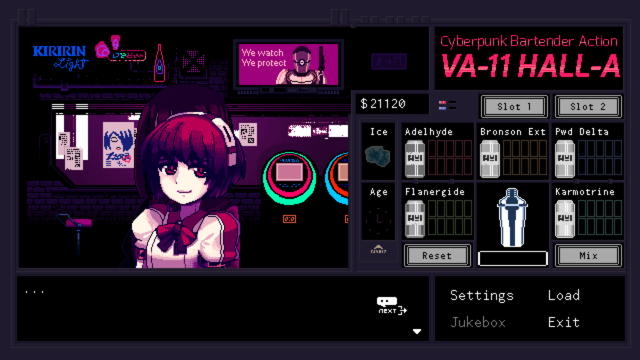 In the game's scripts directory, a script called "testroom.txt" is present. To see this script ingame, open a save file, then set the third line to "-1" and the fifth line to "1", and load the modified save.

(The Windows version of the game stores saves in "%LocalAppData%\VA_11_Hall_A\saves". Other platforms will vary.)

The script consists of Anna and Dorothy both appearing at the same time and standing in the same place, with "..." appearing in the dialog box endlessly. Given the easily-editable nature of the script files, you could also edit testroom.txt to easily create your own scripts, using the other script files as a reference.