AI: THE SOMNIUM FILES is Kotaro Uchikoshi's next major work after the Zero Escape trilogy. Like its predecessors, it features a branching-path mystery, game-changing plot twists, and more puns than entirely necessAIry.

Thumbnail-size versions of every Dream Album image are in the game's files. However, two of these thumbnails do not match the full-size images and do not appear in the game. Compared to the final images, the first unused thumbnail is set in the Psync Control Room rather than the Kabasaki Chemical Plant, while the second is set inside the Okiura Fishery Cold Storage Warehouse rather than outside of it.

This unused map-location icon appears to depict the Okutama Mountains, a location that is never directly visited in the final game. 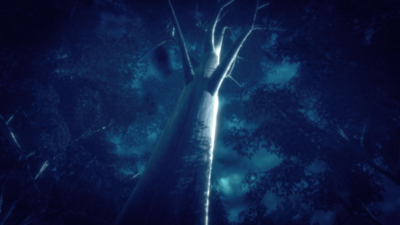 Hitomi's cooking magazine has more to it than what is shown in-game (specifically, the inside with blank text and the full back). The full texture is shown below. 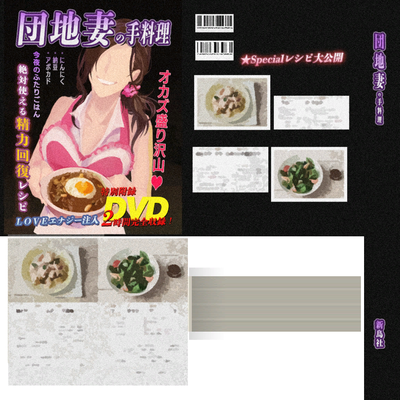 The textures for the option screen include - of all things - a screenshot of an iPhone. 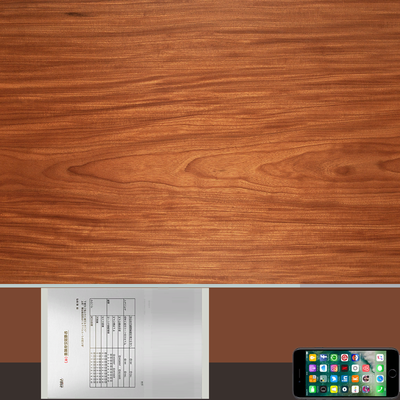 This calendar for November is included with the 'ui_options' archive that contains the game options. It is unknown what this would have been used for. 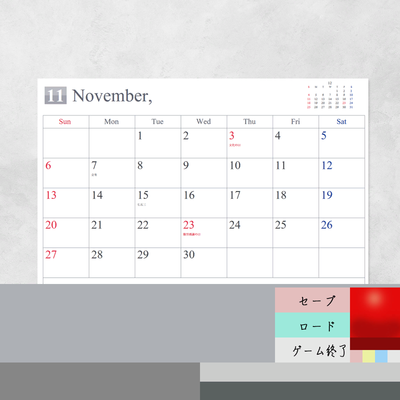 Date in a Hospital Gown

He is seen in-depth in the Central Hospital during the Mizuki Route, but you cannot see under the sheets. It's a good thing, too, as he has no limbs! Taking the camera underneath the covers shows that he has a very subtle breathing animation. Oddly, his limbs and adorable hospital slippers are culled out in-game, but not in the model itself. 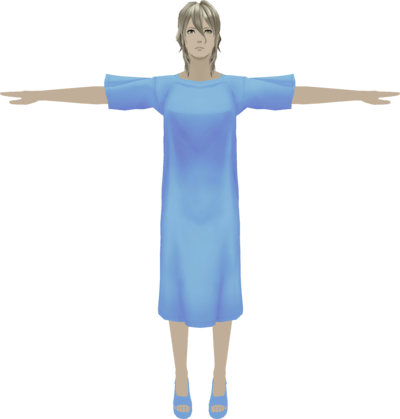 Kagami is never seen without his mask in the game and his mouth does not animate visibly in the game, as his mask is covering it. However, his model does have a mouth and nostrils, and his voice lines do have associated phenomes that play if you swap his portrait model (by modifying the model name, which is called in the script inc_const_variable.lua).

Hitomi in a Hospital Gown

Hitomi is never seen in a hospital gown in the final game. Ota and Date are seen in this same gown (when they are in the hospital, appropriately). While Hitomi is seen in Central Hospital during one of Date's flashbacks, her body is completely hidden under the bedsheets. Only her head is visible.

Taking the camera underneath the covers shows that she is using this model, and also that she has a very faint animation where she shakes her arm. This file is named "chara_md_c07_01" (as Hitomi is character number 7). 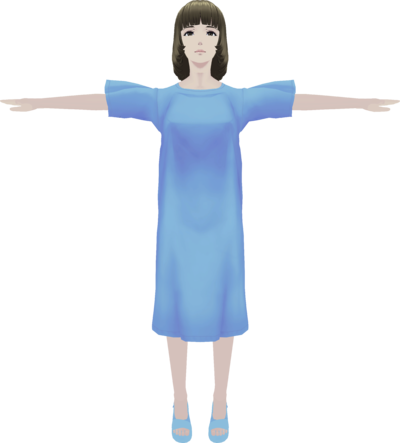 Unseen Back on Hitomi [Annihilation Route]

Hitomi is seen with bombs strapped to her torso in Annihilation Route. However, she is never seen from the rear, as she is shown on a 'computer screen' in the game itself. Viewing the model from this angle shows that Hitomi's arms and hands are restrained.

During Somnium segments, the camera is able to be moved around the playable character. Younger Hitomi is one of the few characters save for Aiba that appears inside a Somnium, and her tights are very detailed as a result. However, this is never visible during normal gameplay, and is still extremely difficult to notice even if the player tries their best to upskirt Younger Hitomi. It is worth noting that Hitomi is one of the only characters in the game with a model this detailed in that area. Most characters, save for Iris, the mermaids, and Aiba, simply have crotch voids.

Most of the game takes places with a semi-fixed camera from Kaname Date's point of view. As such, the player can rarely move the camera freely.

Despite this, the development team of AI: THE SOMNIUM FILES apparently thought it to be of the utmost importance that the Mermaids from Sunfish Pocket have fully-modeled panties, and that said panties were appropriately color-coordinated with their outfits.

These cannot be seen at all during normal gameplay, even during the unlockable DANCE mode.

(Source: Discovered and rendered by TripleAce)

In one route, Iris's body is sawed in half. Due to the angle that the model is shown at along with the fog in the scene, it's impossible to tell that Iris's body has been sawed clean in two.

The Lemniscate receptionist, Ritsuko, uses a similar model to that of Hitomi and thus shares some characteristics from the former's model - namely, that she also has Hitomi's bones. Literally. These skeleton bones are shown when Hitomi is x-rayed, and it is clearly Hitomi's skeleton in particular because of the metal plate over its right shoulder.

However, the game does not allow you to x-ray Ritsuko with Aiba, thus rendering this model unused. It is unknown if the intention was that Date would want to x-ray Ritsuko and this was a placeholder, or if this was simply a leftover. In either case, Date's reasoning for wanting to x-ray Ritsuko should be rather obvious. 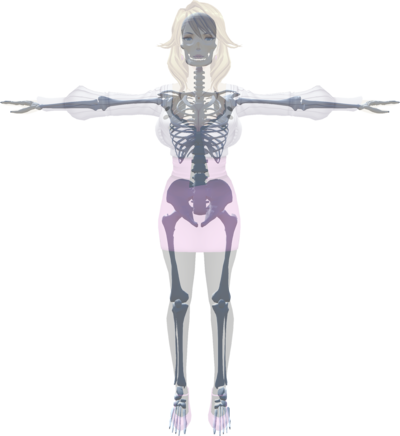 The DANCE feature appears on the main menu after the player beats the game. The same animation is used in Sunfish Pocket when Iris dances. The motion used for this, cm#E6-wrap79_M10_00#c05_00_mo_Iris_dance, is actually a bit longer than the player sees at the start.

The full start of the dance, where the actor holds their start position for a few seconds, can be seen in the video below. The animation is visible a few seconds later in Sunfish Pocket, and in the DANCE mode it starts with the character's arms raised half-way.

This animation was motion-captured, as listed in the credits, and if you look closely you can see the mocap actress shift her position a bit at the beginning.

At the very end of Annihilation Route, Date is forced into swapping bodies with Saito, who is then a parasite inside of Boss's body. A short cutscene plays out, and then Saito is laying on the floor and Date — now inside Boss's body — has fallen unceremoniously onto the floor.

Normally, the camera fades to black and shows a first-person view from Date's perspective. However, Boss's model does have a unique pose and animation for this single scene that can be seen with a modified camera. The animation is different from the scene prior, where Date is facing the ground.

Throughout the game, prerendered video clips of past cutscenes are brought up as "AI Sight" during discussions. The debug mode used to record these also records some clips not used in the final game.

While Date is driving Iris to Bloom Park during saikAI, he has a flashback to a younger Iris playing "ratty cakes". In the final game, this flashback is full screen, but the video recorder records an AI Sight clip of the same scene, and its filename "Video_A2_begin40_10_DatesCar_Iris_00" implies that it's supposed to play in this same chapter.

While Iris is dying at the end of her route, a sequence of flashbacks plays of her time throughout the game. Like the above flashback, in the final game, these flashbacks are full screen, but the video recorder records an alternate sequence of AI Sight clips that seem to be intended for the same purpose. They have filenames beginning with "Video_D5_wrap_10_10_SaitoAgt_Iris", and feature a similar sequence of scenes, though notably not exactly the same sequence. Specifically, the sequence is Iris hugging Date in Lemniscate to blackmail him, Iris getting a piggyback ride in Bloom Park, Iris performing "Invincible Rainbow Arrow" at Sunfish Pocket, Iris being rescued at the harbor warehouse district, and a young Iris playing "ratty cakes". All of these scenes are included in the final game's flashback sequence, except for her performance at Sunfish Pocket.

My goddess, your chariot has arrived.

One of the clips recorded has the filename "Video_Test", and features the same scene of Ota and Mizuki discovering Shoko's body that is seen in multiple other AI Sight clips. This file was presumably rendered to test the recording mode before the rest of the videos were added to it.

One of the clips recorded has the filename "Video_Somnium_A4_01_01", and features a recording of Ota's Somnium, "PSYNCIN' IN THE SWaiN", with nothing in particular in frame. This clip stands out for multiple reasons - it is the only clip with a filename that indicates a Somnium chapter rather than an Investigation chapter, no Somnium in the final game features an AI Sight clip, and the filename indicates it would play in the same chapter that it's a recording of.

Some internal labels for Somnium targets and actions have translations defined in the script despite never being seen by the player:

There are also various unused or unseen character and object labels (from bgset.lua):