The CTR Aging Test Program is a 3DS app used by Nintendo to test if the hardware is working properly. All 3DS devices have had this app installed at some point during manufacturing, though after the app finishes the tests it uninstalls itself. While it isn't fully deleted from NAND afterward, any write to NAND has a chance of overwriting this app. 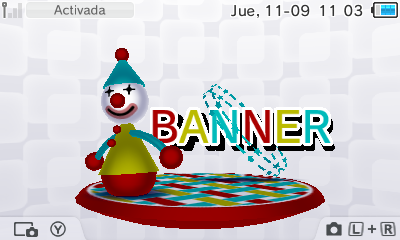 The app's banner is in a format which the HOME Menu normally can't read, but this can be fixed to display it properly.