Share your Miis with the world! Enter contests!...well, not anymore. But at the time, it was pretty fun. If you didn't mind losing to several hundred cut-and-pasted Miis that looked exactly the same, that is. It is possible to restore some functionality by installing the RiiConnect24 Homebrew mod. 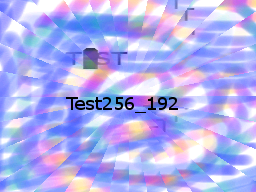 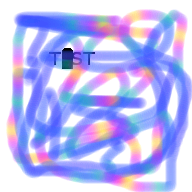 content4\PickUp\G3D\sample.brres.szs, also present within 00000004.app, has a pair of textures of a human from the NintendoWare SDK. 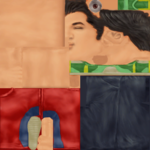 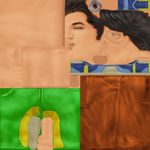 These can be seen in the main menu by using a hidden button combination.

00000001.app has some lines probably used in a debug menu for the channel.

In the same file, there's also a path to a pre-built NAND release version of a test of the Virtual Console Manual Viewer on someone's computer. 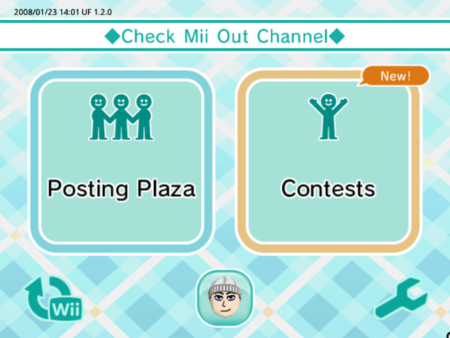 Oddly not stubbed out in release builds of the channel is a hidden display for the product build date and version that can be enabled using the following button combination on the Wii Remote held vertically while in the main menu: A, B, Down (D-Pad), 1, 2, Up (D-Pad), -, +, - and +. It outputs data in this format:

YYYY is the year, MM is the month, DD is the day, R is the region, T is the type and V is the version. For example, UF is US Final.

Save File Banners and Icons