Danganronpa: Unlimited Battle was the easiest and fastest way to convert your real-world money into Monokuma Coins. It was also totally not a reskin of Kenka Banchou: Crash Battle. The servers were shut down on November 13, 2015. 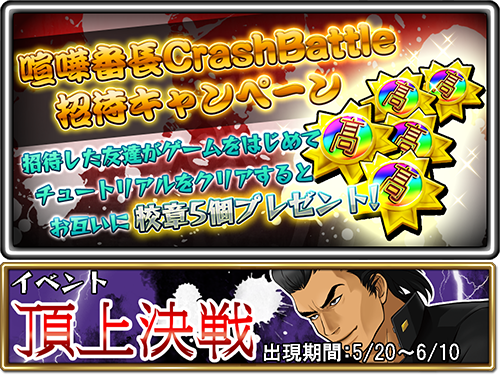 The first banner says:
Kenka Banchou Crash Battle Invitation Campaign
Clear the starting tutorial in the game with your invited friends and each of you will get 5 present school badges!

Several debug strings were left in the game. "Nuossha~y!" is intended to be a yell or battle cry. The "Debugging Text" string has variants for the numbers 4-20.