Delta Force is a game about shooting people in a large impressive voxel environment. In 40 missions across 5 campaigns you can hunt down a drug lord in Peru, fight some terrorists in Chad in search of a hostage, shoot some other terrorists in Indonesia looking for some stolen viral agents, mingle in a civil war in Uzbekistan and take out some military coup hijacking nuclear weapons on Novaya Zemlya. 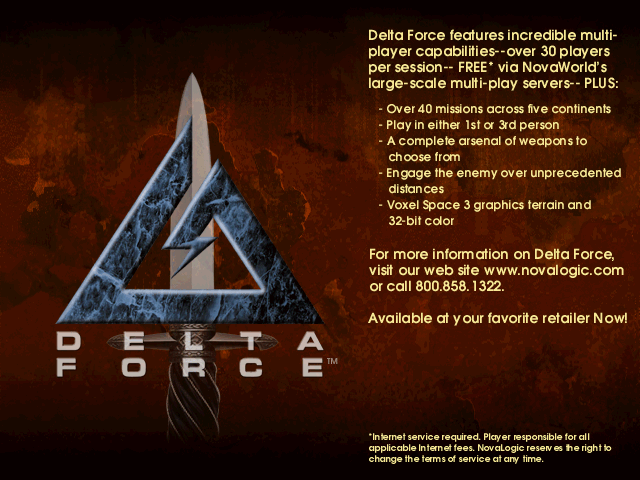 A leftover graphic from the demo version saying how awesome the full version is.

Curiously, these two dapper faces aren't available in the character selection. These are called FACE1 and FACE2 whereas the used ones use FACE0# or FEMALE0# conventions. Their dimensions are half of the regular faces.

There's also a box for face icons of that size to go in, surprisingly named FACEBOX.

CURSOR is a cursor icon in the shape of a plane. The menu uses a white crosshair (CURSOR1) instead...

...speaking of which, there's a red version of the used cursor called CURSORX.

CRAZYBAR is an obviously placeholder graphic divided into four quarts with "VU" written over.

Two icons of a revolver, one with a red cross through. 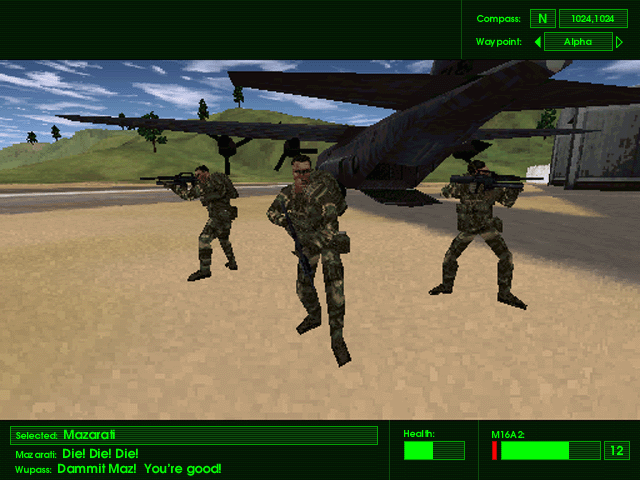 A screenshot of some earlier version of the game, with a very differently laid out HUD; The final HUD doesn't use red for the weapon ready indicator, and uses icons for what position you're in and your current weapon. 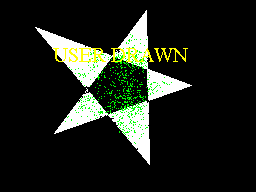 A white on black star with some green sprayed on top. "USER DRAWN" is written in bright yellow over this. 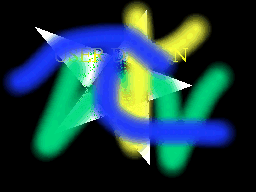 The previous graphic, but defaced with green, then yellow and then blue lines. 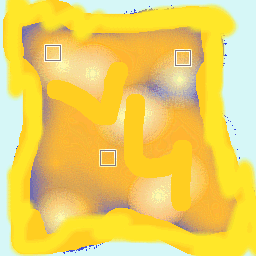 A mostly yellow and orange monstrosity with 3 square outlines and "VU" written on it. (Or possibly "V4", but "VU" would match up with CRAZYBAR above.)

A set of buttons not in the style of anything used, or any of the earlier menus.

They contain textures for unused faces.

A set of menu backgrounds (or possibly mockups) are left over from when the game was apparently named Sniper. A more apt name than what they went with, considering how the game is played. 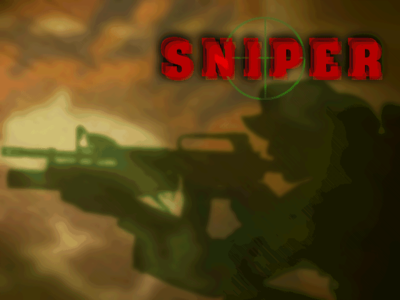 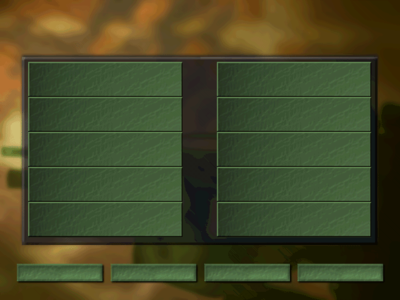 CAMPAIGN is probably a mission selection screen, although it differs considerably from how the final one is laid out. The final has a list of campaigns with a map where you select the actual missions. 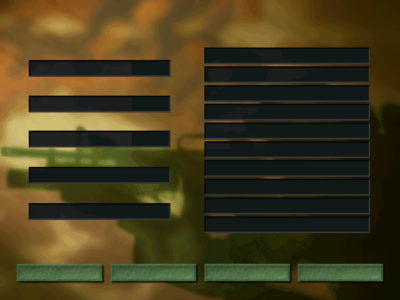 HOST1 is likely related to multiplayer hosting. There doesn't seem to be a screen with this layout in use. 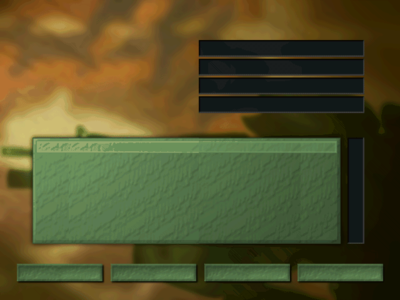 MLTIPLY1 looks like it'd have accommodated a server list, although the baked-in highlight along the top of the large area is odd if this was meant to have elements on top. 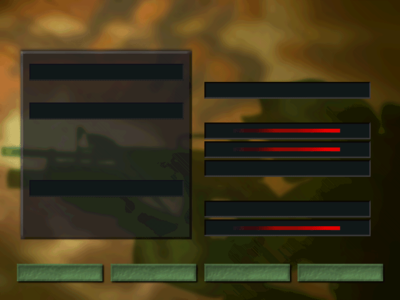 SETMNU1 is for an options screen. 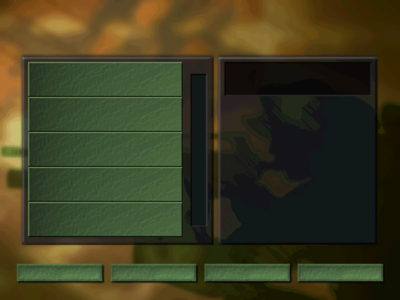 An early mission selection screen. The graphic is called "QUIKMIS", but the Quick Missions didn't appear until Delta Force 2, though evidently they were originally planned to be in the first game. 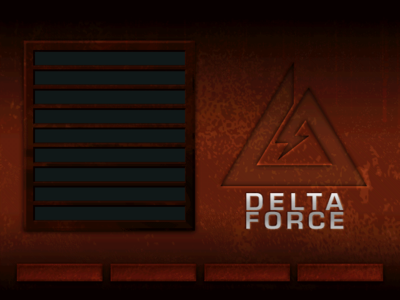 Another old menu, this time in a red style, possibly painted (and flaking) metal. Judging by the name CONTCAMP this was the background for selecting campaigns. The logo doesn't feature a dagger at this point. 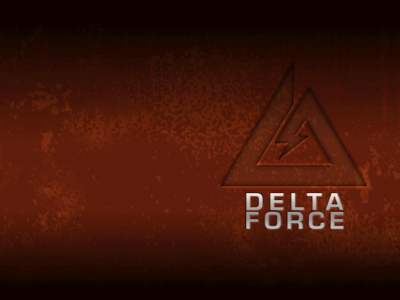 This one's simply labelled MENU, but given the off-centre logo something probably went on the left side.

There are a couple of loadout selection images similar to the final ones. This one's for the H&K MP5, the main differences being the brackets being considerably further from the edges of the image, and the borders using a darker green. The Delta Force logo is baked differently in these, effective reduced to about 3 colors whereas they're given some smoothing in the final versions.

Evidently there was some point in which the HS22 could be chosen without silencer, and may have been a different model as well. The differences above apply here too. The non-silenced pistol in the final is a completely different gun.

Both the laser designator and the fragmentation grenades appear in the shortlist on the loadout screen, but there's no categories for changing them and so these never show up. You enter every mission with a complement of grenades and a designator, but whether and how many airstrikes you can in is mission-dependent so the latter is useless for most of them.

For whatever reason, there are slightly cropped screenshots of the game in some state saved among the palette files. 3 are unique, with the first also found in two variants with less colors. All of these have matching a 16*16 version too, which is a more normal size for this game and most of them have multiple copies. Oddly the HUD is differently colored among all of the unique ones. (not counting the compressed versions.)

The game will gladly run in 1024*768, but this requires editing the configuration file. Normally you can't go higher than 800*600. A graphical glitch also present in lower resolutions, where level objects sometimes don't get drawn near the bottom of the screen, are worse though.

As a result, HUD icons specifically for this resolution go unused: