A conversion of the Arcade original. Ghosts'n Goblins is one of the most brutally difficult NES games ever released. You feel strongth welling in your body, Return to starting point. Challenge again! 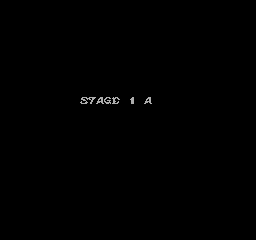 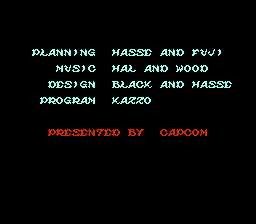 Complete both quests, then at the "...CHALLENGE AGAIN!" screen, press A, B, Up, Down, A, B, Left, Right and wait for the "GAME OVER" message. Instead of it, a credits screen will appear.

The title screen was changed for pretty obvious reasons. The copyright text was also updated.

The weapon rate of fire in the US version is faster. A second weapon will be allowed to fire 6 frames sooner.

The Torch weapon travels 4 pixels further in the US version.

Like in the Arcade versions, the Cross weapon was changed to a Shield.

When the player gets a game over in the European version of Ghosts'n Goblins, the selection arrow on the title screen defaults to the "Continue" option, the US and Japanese version has the "1 Player" option selected by default after a Game Over.