This is a sub-page of Gran Turismo Sport.

In a similar fashion to Gran Turismo 3: A-Spec, this game marks the franchise's debut for a new hardware platform, and as such, the quality of content was the focus here rather than the quantity. Unlike GT3 however is the sheer lack of unused or hidden cars. 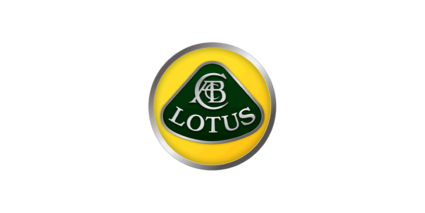 Originally seen in earlier versions of the game, the Lotus brand is now absent from the final release of the game. The exact cause of this is unknown, but it is believed the release date delay from 2016 to 2017 caused an issue with the existing Lotus licensing contract, which has yet to be resolved. This can explain why the Lotus 97T from Gran Turismo 6 was essentially "re-badged" as the Gran Turismo F1500T-A for this game; this practice was also done for Gran Turismo 3 as well to avoid having to pay for Classic Team Lotus licensing.

As such, the logo for the brand still remains in the game's files.

The first of the two Lotus cars. This car was originally available in 20 colors. The car's internal name, "eagle_type122_09", contain a reference to the Evora's original real-life codename, the Lotus Eagle. The use of this name likely dates back to Gran Turismo 5: Prologue, where the Evora made its debut simultaneously with the unveiling of the real car.

The second of the two Lotus cars. This car was originally available in 16 colors.

In addition to these leftovers, entering [#72] or [#8264] in places where text can be entered in-game (such as chat or shared content description) gives an unused Lotus Official Licensed Product logo, which would have been used on the licensing credits screen.

Found in the "TEST" folder of the game, the same folder where these graphics were found, this top-down thumbnail depicts a tuned version of the Mazda Roadster S (ND) '15, sporting a custom rear wing. Images of this particular variant can be seen in some pre-release videos and screenshots of the game. It is worth noting that cars cannot have custom parts, such as rear wings like this car has, attached to them in the final game. By nature, this car is similar to the "Tuned" variants found in both Gran Turismo HD Concept and Gran Turismo 5 Prologue.

What's interesting is that the thumbnail of the car was found in the "TEST" folder, but the Car Title graphic was grouped with the rest of the graphics in the final game.

A similar car, the Mazda Roadster Touring Car, based on the NA generation of the Roadster and originally from the Racing Car Pack DLC from Gran Turismo 5, would be later added as a N-class car in an update.

When a car is displayed on-screen in the user interface, a stylized graphic appears that displays its full name. Alongside the two Lotus cars and the tuned Roadster above, there is also a small selection of cars that have assets produced for them. Some of these cars are missing entirely from the game, or the assets were deemed redundant.

In the case of the Bugatti Vision Gran Turismo Gr.3, the car was removed for unknown reasons; the final version only has a Gr.1 variation of the car known as the Bugatti Vision Gran Turismo (Gr.1). It is unknown if the Gr.3 model had any visual differences from the base model. Pre-release screenshots show both the Mitsubishi Lancer Evolution Final Edition N300 and Lexus RC F N500 featuring visual modifications similar to the Mazda Roadster S N200 above, and these cars were also listed in pre-release material as examples of Gr.4 vehicles, where the two, along with the Hyundai Genesis Coupe 3.8 Track, did receive Gr.4 variants with similar aerodynamic parts.

It is worth noting that the Mitsubishi Lancer Evolution Final Edition N300 does have an unused thumbnail for use with an early version of Mission Challenge mode, as the filename for that thumbnail matched the internal name assigned for it.

In the database files of the game are unused car entries that exist in name-only. It is unknown if they have any other data related to them that can be found leftover. Judging from the names of the cars, these were probably leftovers from the 2016 builds of the game; it is possible that the "(S)" suffix could mean "speedway" on some of these cars, due to the _oval suffix attached each of their internal names, indicating that there were separate versions of cars that had specific parameters for oval courses. These separate car entries became obsolete, as the database files include a separate parameter sheet that these cars (as well as any others that fit the criteria) will use when driving on oval courses.

There are also a variety of other name-only cars within the game's database:

Notes regarding those miscellaneous entries:

Additionally, in the table in the game's database that determines car part prices (which generally a big leftover from Gran Turismo 6 with some new additions, as there are no parts to buy in this game), there is an entry named "su_m235i_m_perf_14_a", which appears to configure the suspension upgrade price of the BMW M235i M Performance, a car that does not appear in the game. The leftover nature of it also means "su_r8_lms_ultra_12_a", which also carried the same purpose and properties for Audi R8 LMS ultra (Audi Sport Team Phoenix) '12 (a car that have never returned to this game) is also carried over, as it was in GT6's version of the table. It is worth noting that neither car appears in the table handling car names, and that the prices for all of them (and prices for any other car-specific entries sharing the similar pattern) are all set to zero.

Retrieved from "https://tcrf.net/index.php?title=Gran_Turismo_Sport/Cars&oldid=1241957"
Categories:
Cleanup > To do
Subpages