Gran Turismo HD Concept was once part of a much bigger project, but nowadays, it's known by many fans as the closest thing they're ever going to get of a playable high-definition version of Gran Turismo 4.

Almost all of this title's assets were carried forth into Gran Turismo 5 Prologue.

The well-known background picture of Gran Turismo HD, showing a Ford GT '05 and Honda CBR600RR (JP) '05 inside an opened garage, is still present inside the game's files. 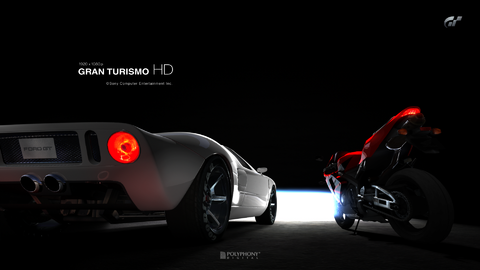 In Gran Turismo HD, only two cameras are used by the game: bumper (value 00) and chase (value 01). Like other Gran Turismo games, there are some unused cameras there as well, including a working cockpit cam.

Many people thought that the "Secret code" from Gran Turismo 5 Prologue that was discovered in 2010 originated from that title, but seeing as this is the earliest build of Gran Turismo on the PS3 that was publicly released, and with all other future builds branching from this one, that code actually originates as far back as this game here. 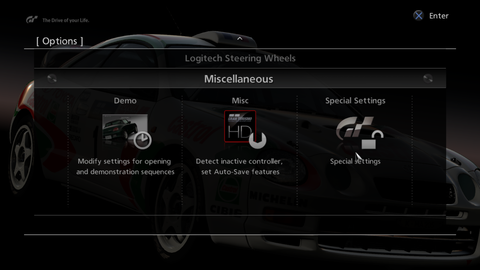 Below is a list of all functions that the menu contains and a brief description on what they do. Given the available options, this menu was most likely intended for public kiosks and events.

There exists name-only entries for the Subaru IMPREZA Sedan WRX STI spec C Type RA '05, a car which would later appear in Gran Turismo 5: Prologue. What's interesting to note is that there's an entry for a tuned variant, in which such a model never appeared in the aforementioned title. 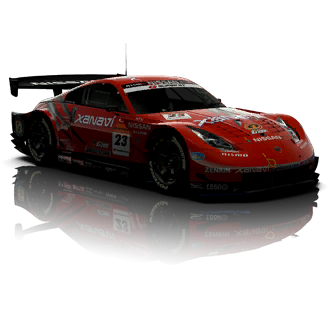 There's an unused thumbnail image of the Nissan XANAVI NISMO Z '06 still present in the game's files. Perhaps the car is still in the game, but it's not playable for whatever reason.

There are multiple short themes that, judging by the filenames, were supposed to play when the player finishes or completes a race, a feature which ended up becoming part of Gran Turismo 5 in which a multitude of themes would play depending on the position the player finished the race in. These four themes went unused in the game and remain within the data files.