Gran Turismo is the first entry in the PlayStation's notable racing game series.

These were probably meant to be used in vehicle pages showing cars you were already in.

These graphics would likely appear near vehicle name badges in the Garage to show the type of vehicle if it were of a noteworthy variety.

In the Test Drive demo, the Racing Special logo would have been used for racing modified versions of regular cars in the demo's Arcade Mode.

Present in all Japanese builds is a Plymouth logo. According to the documentation that came with the Test Drive demo build, the Plymouth Prowler was intended to appear in the game. When it went nowhere, the logo was removed in the European version to make way for the Acura logo, to be used in the American version.

The Plymouth brand would appear in the following game, but it took four games for the Prowler to appear (by this point, the car was branded as a Chrysler).

Neither of the new arcade-only cars exist in the Japanese version of the game (except the Eunos Roadster Arcade). Additionally, hitting Info in those cars can cause the game to crash, since there are no car descriptions for those.

In addition to those cars, some symbols like in the next game also exist as car-like objects, although none of them can be stored in the garage. None of those have medium or far LOD textures either, and they all use generic rims as used in some cars in the Test Drive demo. All of them (except for the GT Logo) are grouped with the Aston Martin cars. 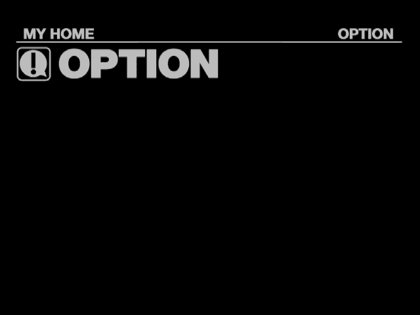 OPTION.HTM is a leftover from the Test Drive build where options were to be changed at My Home menu, albeit with the top parts of the menu closer to the final My Home menus. The Option text is also localized for other versions.

There are 4 tracks within the Gran Turismo disc that were never used at any point within the final release of the game, but remain in the files.

Present in GAMEMENU.DAT are some early concepts of game menus and images of the Arcade Mode tracks in way earlier state compared to the Test Drive disc. 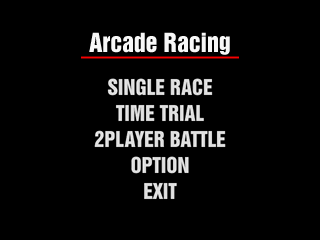 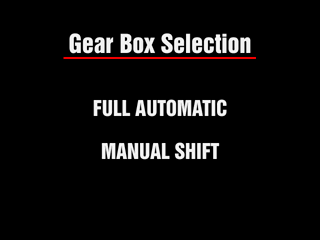 Two Arcade Mode menu screens, one for the main menu (note the Exit option) and a gearbox selection, the latter done on the same screen with car selection in all builds of the game.

It appears that Arcade Mode tracks were to be chosen by a highlight-style menu. Also, Grand Valley Speedway's very early name is revealed to be Prawn Speedway, while Clubman Stage Route 5 is named as Special Stage Route 5 Short (a similar name, Special Stage Route 5 Clubman, was used in Gran Turismo 6). These three tracks also feature PlayStation billboards; this self-advertising was not featured until Gran Turismo 3: A-Spec, where a PlayStation ad can be seen in Laguna Seca's corkscrew section. Deep Forest also features a different design for the advertising hoarding before the first turn, while High Speed Ring uses a different skybox. 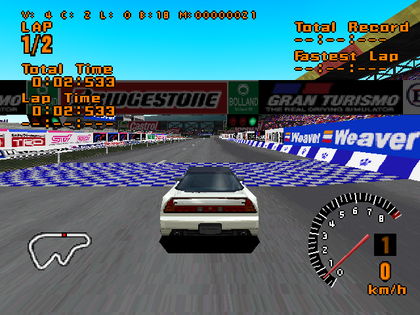 As it turns out, the debug information that were in the demo builds are still here! Use one of the following codes, depending on the game version, to see them:

Until Gran Turismo 4, this would be the only time a hidden debug option exists in a Gran Turismo game. Also, if you enable it and use bumper view, the statistics will appear twice, suggesting those statistics have something to do with rendering. Additionally, the color of the text is now tied to the pause text highlight; it will appear orange in an unpaused race.

In the US versions of the game, the Honda CR-X Si-R '91 was renamed to the Honda Civic CR-X Si '91, and the Honda Civic Type-R was renamed to Honda Civic (Racer), as a part of localization of Honda cars in the US (which includes the addition of Acura branding and the removal of the 1996 CR-X Del Sol VGi/SiR from the dealership), even though the Civic Type-R was never sold in the US, and Honda never referred the Type-R as such. However, the prize versions of these cars (won from the FF Challenge and Lightweight Challenge series respectively) retain the original names in the garage and My Car indicator, as well as the entry list and post-race standings screens in the original US version of the game. The 1.1 version partially fixed this problem, although both cars retain their original names in the entry lists and post-race standings.

SYSTEM.DAT contains a track list that does not appear in the US version.

A fixed version of this track list is however used on the PAL version, since that version allow players to listen to the game music from the Options menu. 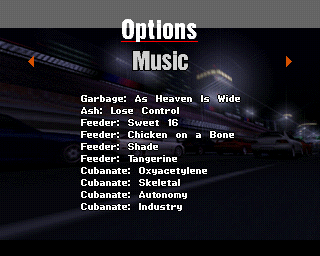 Since the C2 Corvette and the NB Roadster are normally reserved for the arcade mode, and the arcade mode car selection does not show color names, these color names go unused, except if one of the cars is hacked to appear in the garage in Simulation Mode. Note that the NB Roadster does have three more colors (Chaste White, Brilliant Black, and Classic Red), but these are actually used in other Mazda cars.

Files for the Special Model screens for the four Western manufacturers (Aston Martin, Chevrolet, Chrysler/Dodge, and TVR) appear to exist, yet they never get used because none of them offer special model cars. Attempting to enter them simply causes the game to crash.

Although the logo in the Arcade Mode car selection says that the Nissan Skyline GT-R (R33) is the V-spec trim (nv34n), the game incorrectly calls the regular GT-R R33 instead (nr34n). This is evident when you finish the race or in a pre-race/post-race menu; the short name of the car you're driving is simply R33GT-R instead of R33GT-R Vspec, as well as the Arcade Mode car listings (0x4B5C4 to 0x4B6DC in original US release of the game, when in Arcade Mode menus) listing nr34n instead of nv34n. This seems to be a leftover from earlier demo versions of the game like the Trial Version one, where the R33 Skyline featured in Arcade Mode was originally the regular GT-R version, complete with the correct logo being used there.

GameShark code 3004B6DD 0076 (US 1.0) can be used to force the game to actually load the V-spec model of the R33 Skyline GT-R instead of the regular model, as the logo intended. The code should be enabled only when in Arcade Mode menus, and must be disabled before the race starts.

If you obtain another instance of a car that is already in your Garage, all non-permanent tuning parts that are in the first instance of that car are considered purchased and ready to install to all instances of that same car. This may be a leftover from the Test Drive demo, where you originally could buy parts for a specific car even when you're not in the car in question.

Note that this behavior is tied to the car ID/filename, so parts for regular and special color versions are not interchangeable.

Car sale prices are determined from 50% of the car's purchase price (with an additional 10% if the car was sold to the matching dealership, for a total 60% value); the purchase prices are saved on the garage table in a way that allows used cars to be worth different amounts as these cars do not have a set sale price. However, because the game uses a purchase price of zero to prevent the purchase of the Dodge Concept Car from the Chrysler/Dodge dealership, this causes a side effect that also prevents the car from being sold if obtained from getting all gold on B-License. (Not that it matters, as none of the all-gold license prize cars can be obtained again without a memory card trade or alteration of garage data.) This also means that purchasing the car from a memory card trade is free of charge.

This also affects the Have 100 Cars of Your Choice GameShark code if applied to an empty garage; unwanted cars from the aforementioned code cannot be removed from the garage without adjusting the portion of the code that deals with the number of cars in the garage (3007DA48 00nn and 3009B87A 00nn, where nn is the amount of "visible" cars in the garage in hex) as empty garage slots do not have defined purchase prices.