This page details one or more prototype versions of Gran Turismo 5 Prologue. 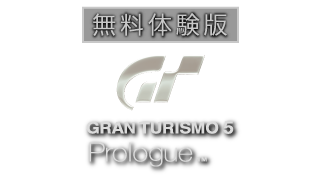 The Gran Turismo 5 Prologue Free Trial Version is the earliest playable build that was made available to the public to download and play. Released exclusively to the Japanese PlayStation Store, this demo version was only available between October 20, 2007 to November 11, 2007, with its online services being discontinued on November 30, 2007.

This demo was heavily involved with the 40th Tokyo Motor Show, with cars that were revealed in the show being unlocked to play as in the game. The amount of content featured here was limited to Arcade Single Race (labelled as Race) being the sole game mode, eight playable cars (four initially available from the start) and a single course. However, observant players will notice that there is a lot more included in this build than what's normally accessible.

Initially, when booting the game for the first time, there are only four cars of the total eight available to the player:

Three cars alongside the initial four are present for selection in the game's Showroom, but each has a lock on the top left of their thumbnail; you can select each car and browse its colors, but you cannot change to it to play as:

When the cars were announced/revealed at the Tokyo Motor Show, they were unlocked in the demo.

The Subaru Impreza is an interesting case. Initially in the lineup, its name is labelled as "Coming Soon", with both the car thumbnail and the showroom model being a blue veiled rendition of the car. The portrayal of the car looks identical to the video below, which is of the Nissan GT-R in a red-colored veil instead of blue:

When the car was finally revealed in the Tokyo Motor Show, the game would not only unlock the car for play, but would reveal the car in a rather flashy way, unveiling the car with a nicely animated fully-rendered sequence to boot; this type of in-game veiling/unveiling has not been seen again throughout the rest of the series. The video below is how it would have looked, but is once again the Nissan GT-R with the same red-colored veil:

The eighth and final playable car in this build is the Nissan GT-R '07, which bears its presence on the cover of the final game. However, it is hidden away from the selection unless a save data file that contains the car being unlocked is used.

If this build is played in present-day, only four of the eight playable cars will be available, as stated above in the Playable Cars section. During the demo's availability period and the then-ongoing Tokyo Motor Show, cars would be unlocked to play as in the build as they were announced/revealed in the show. The status of each car would be saved in the build's save data.

Although this is speculation, the demo connected to and downloaded information from dedicated servers (now obviously offline); said information would be pertaining to a car's status in the show. If a car was announced or revealed at the show, data would be downloaded from the server, which would trigger a flag, with the flag's status then written to the save file. The newly-revealed cars would also appear as opponents in gameplay and during the Demonstration. If one wanted to play as all seven of the eight cars, a save data containing flags of all the cars' statuses would be required.

Why only seven of the eight playable cars? During the show, the Nissan GT-R was officially revealed, thus the final car would appear in the playable lineup, while the Black Mask version became hidden instead. It also affects opponents during gameplay and during the Demonstration, where the final GT-R would replace the Black Mask version. This was effective on October 23, 2007.

A total number of 18 cars can be seen as opponents during gameplay and also appear in the Demonstration, but are not available to play as:

With 18 unplayable cars on top of the eight that are playable, this would mean that there are 26 of the 37 cars in this build that appeared in the original Japanese version of the final game!

Only one course is playable in this build, which is Suzuka Circuit. It is selected by default and there's no way to change it.

However, there are two other courses which can appear during the build's Demonstration, which are Superspeedway - Daytona and Fuji Speedway F. These courses can only be seen in this build's Demonstration and are unplayable otherwise. This would mean that 3 of 5 courses (3 of 10 course layouts) are present here in this build that appeared in the original Japanese version of the final game. 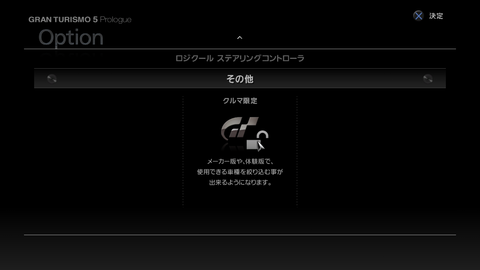 The hidden "Secret" Options menu is indeed present in this build, and is accessed by using the same code from the final game, but attempting to access it causes a soft lock, thus the player would have to quit the game.