Jak 3 is the final game in the Jak and Daxter trilogy. Now with 50% more desert and driving! Plus a lack of a Japanese release until PlayStation 4's PS2 Classics.

halfpipe is the internal name for a test level which can be loaded and has its own checkpoint. It includes the following assets:

Attempting to reach certain points of the area will cause the game to crash as it tries to load assets from Jak and Daxter: The Precursor Legacy which are not present in the files. Because of this, most of the present assets also cannot be seen, as they are too close to the missing ones. The missing assets are:

DESCREEN.STR contains leftover instructions from the game's demo release, although the torpedo instructions do not appear in any currently known demos: 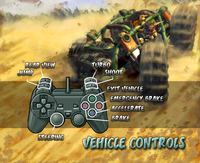 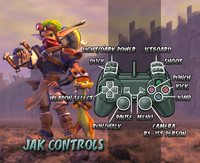 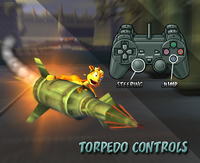 The file also contains leftovers from Jak II demos which are present in the file of the same name in the final version of Jak II: 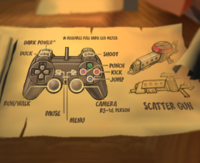 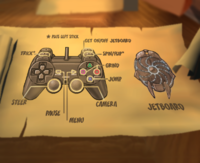 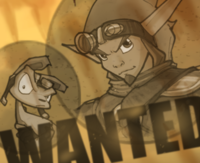 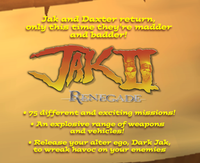 WOMAP.STR, which stores the game's maps, contains a placeholder map for the Catacombs level. The Precursor text says "CATACOMBS". 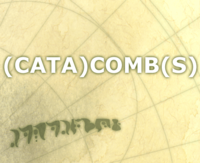 Cheat mode can be accessed by entering the following button combinations. There are two parts to the full combination and if each part is entered correctly, a sound effect from the menu screens of the Jak II prototype demos will play. The mode can be turned off using the same combinations. The combinations don't always reliably work but have a better chance of working when entered in the pause menu.

Cheat mode also results in various error and warning messages appearing in the top-left screen such as "outside of bsp".