Jak and Daxter: The Precursor Legacy

Jak and Daxter: The Precursor Legacy is the first game in the Jak and Daxter series. One of the first platformers for the PlayStation 2, it was revolutionary for its time. You play as a mute teenage boy teamed up with his wisecracking best friend who was accidentally turned into an otter/weasel hybrid.

Text strings in the file 0COMMON.TXT which are unused.

Some text strings refer to tasks which were cut, never implemented, or the task itself was changed.

Possibly related, the three levels that have mapped but unused music variations all use the "DANGER" theme for certain areas. 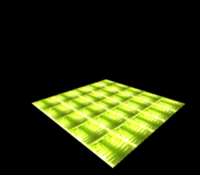 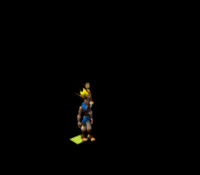 INT.DGO, which contains the data for the introduction cutscene, also contains an incomplete version of Misty Island, with Gol and Maia present in their standard poses. The player has the option to talk to them. Doing so will produce an unused cutscene with no sound. 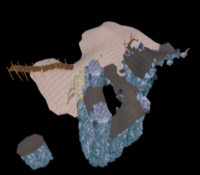 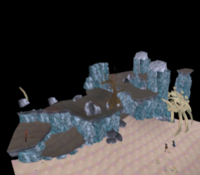 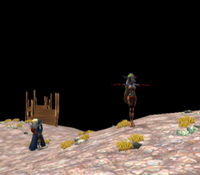 The audio for the cutscene exists in the October 19 2001 prototype of the game.

Two special modes can be accessed by entering specific button combinations. There are two combinations, and a sound effect plays upon successfully inputting each. Repeating the button combination will turn off the respective mode, with a different sound affect to accompany. The combinations don't always reliably work but have a better chance of working when entered in the pause menu. Debug mode can only be enabled if cheat mode is also enabled, and the two button combinations can be inputted one after another (with the last input being shared as the debug mode code is checked after cheat mode is done). Directional buttons specified are specifically for the D-Pad, the analog stick is NOT used.

Cheat mode makes all levels and tasks available to be selected in the progress menu and also enables extra text saying whether auto-save is enabled or not.

Debug mode enables extra debug output to the on-screen console. The messages consist of various error or warning reports, such as whether the camera is outside the specified boundaries (outside of bsp). 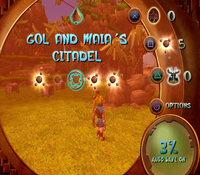 A hard mode for the fishing game can be unlocked after the original mission is completed by standing next to the fisherman and using the following button sequence: Left, Left, Right, Right, Left, Left, Right, Right, ✕. If done successfully, the option to talk the the fisherman will reappear to activate the minigame. The player will once again lose if 20 pound of fish are missed, but there is now no maximum amount that can be caught.

Although this cheat didn't become widely known until 2021, it was actually revealed in Japanese strategy guides published shortly after the game's release.[2][3]

The DEM.DGO level file and demo-start continue points are left unused. Because the game starts in play mode and not demo or demo-shared, some demo-specific actions do not trigger. For example, the wrong cutscene plays at the start, behaving as if the player talked to Samos for the first time after starting the game (which is normally done automatically by the intro cutscene), and Misty Island does not have all of its tasks already open.

The level file contains the splash screens used for the demos.

There are references to a test level called halfpipe, which is not present in the final game:

In the original USA release, Klaww has four fingers. In the international releases and subsequent USA revisions, the number was reduced to three. The change was done by Eric Iwasaki for unknown reasons.