A platformer based on the movie, coming out over a year after the movie's release. 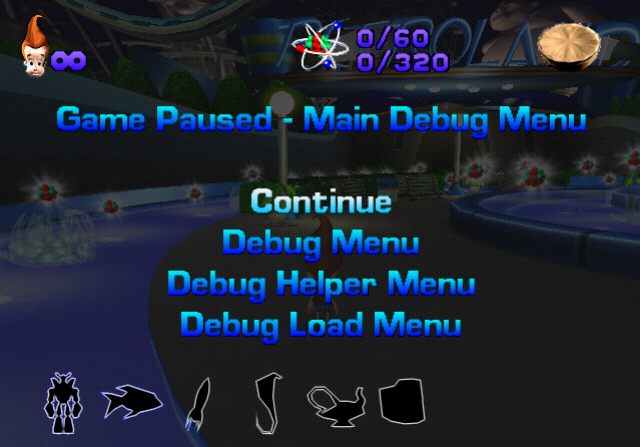 Applying the below code will change the pause menu's Options to a debug menu. To go to the root of the menu, press Triangle. 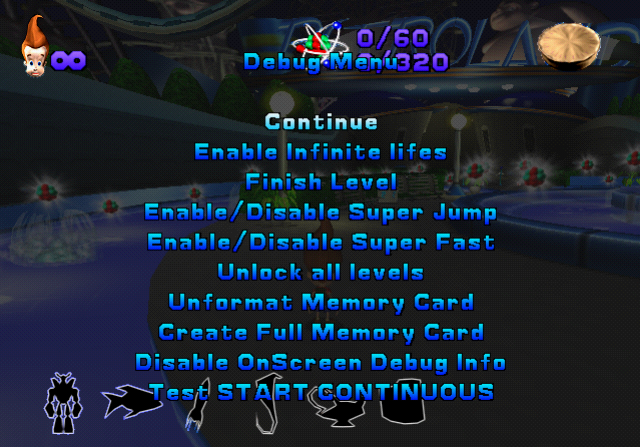 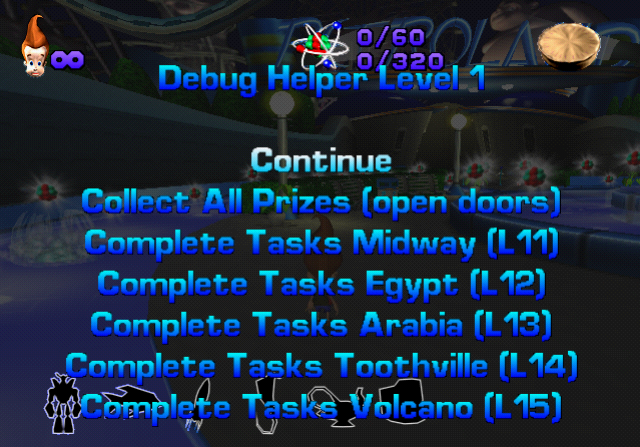 Level specific options, such as obtaining items or toggling flags. 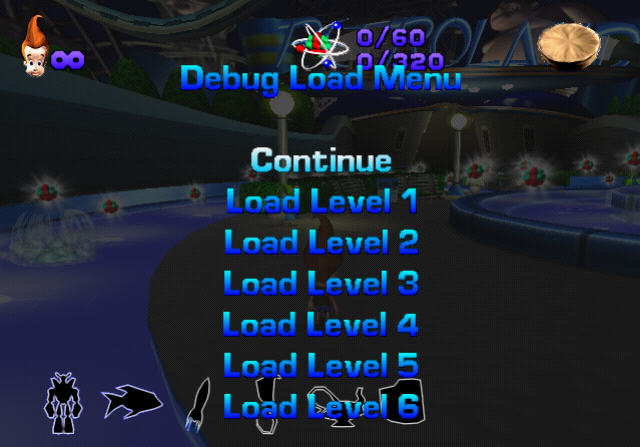 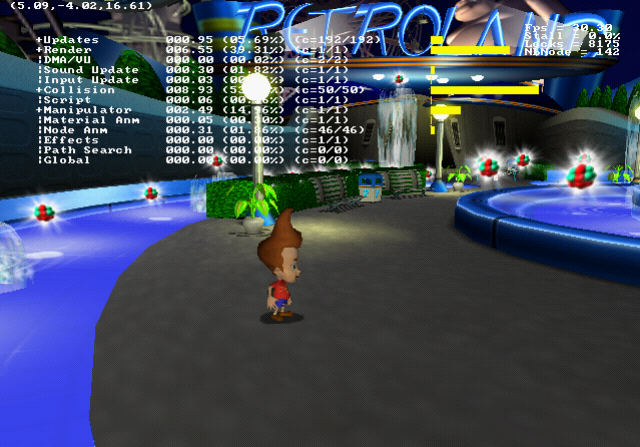 Applying the below code will enable debug information on-screen.

An unused logo for Kalisto Entertainment that doesn't show up during the intro.

There are four .txt files, CDV189.TXT, CDV190.TXT, CDV192.TXT and CDV195.TXT, though they all say the same thing. They are a remnant of an early build. In the PAL version, they are blank.

crap.bnr has an early version of the opening banner.

INVISIBLE_FLAG.TGA is a graphic applied to surfaces to make them invisible.

In only the PS2 version is a folder named SYMBOL.MAP. It contains a version of the game's executable with debug symbols along with a linker map.

Within the music folder is STRTOPS2.EXE, an executable that converts .wav files to .st2 by dragging them in. Oddly, it can also be found in the GameCube version.