Muppet Monster Adventure is a platformer that bears more than a passing resemblance to Spyro the Dragon. Kermit and company are turned into monsters and it's all up to his nephew, Robin, to save them all.

Enter any of the following at the title screen. Some codes don't seem to stack, for example all levels and all morphs. 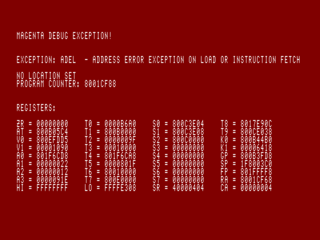 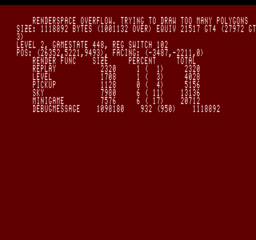 A test level named "Secret1" is present on the disc and appears to use older assets that may not be fully compatible with the final game.

Being your guide throughout the game, Pepe has the most voice clips out of the cast. Quite a few are left unused, some even describing mechanics cut from the final game.

All of the bosses have alternate-takes for their voice-clips. They also have additional sounds for taking damage, though only one clip is used for each character.

Notably, most bosses have a clip of them offering their unique "monster power" to you, suggesting that this was the original-method of acquiring them, instead of collecting the amulet-pieces. Evidence for this also remains within the final retail game itself, in the level "Escape Claws". During the block-moving puzzle (with the three pumpkin-blocks, and three cat-blocks), Pepé comments: "Haven't you outgrown playing with blocks? Well, if you insist, then you'll be able to do it when you rescue Kermin, okay."

By this point in the game, Kermit has not-yet been faced as a boss, but all of the amulet-pieces for his powerup will have been found.

There's some voice clips of the Muppets that were meant for the gallery.

Leftover graphics from what appears to be a demo. Renders of Robin's various forms and an early control scheme referring to cut actions such as the shoulder barge instead of the spin and a butt stomp. The placeholder legal screen seen in the prototypes is also present here.

There are seven unused videos, which are static black screens with clip numbers.