My Muppets Show is a mobile game published by Disney in collaboration with Big Blue Bubble. The game is based off of My Singing Monsters, but with Muppets instead of monsters.

3 unused hand sprites for Animal which aren't holding a drumstick. Its possible that Animal once threw his stick in the air and caught it, but it was scrapped. These sprites are unfinished, and as such are solid color and have a blue dot for rigging.

An early version of Animal's design on the Rooftop with different glasses, purple glittery drums, spiked bracelets, the pattern on the drum being less flat, and the microphone, stool, cymbals, and drumsticks using an earlier unfinished version of them. The different glasses actually appear in the final game on Animal's Rooftop egg. 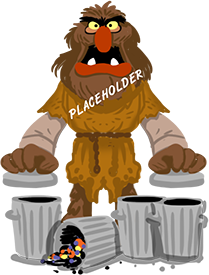 A placeholder image of Sweetums.

A placeholder image of Sweetums' egg.

An early version of Pepe's sprites, with him being in wearing lab coat instead of a black shirt and a gold chain.

An early version of Pepe's egg, which matches his early design. 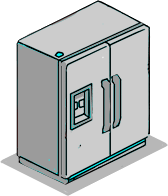 An early, incomplete version of the Bass Stand decoration.

An early, incomplete version of the Giant Prune decoration. It is slightly bigger than the final.

An early, incomplete version of the Lab decoration. The final version removed the bird.

An early, incomplete version of the Seamstress Mannequin decoration.

Early Graphics for the Rooftop

Some early graphics for the Rooftop stage.

Two early versions of the Rooftops icon. The first is from when it was originally called the Alley and took place inside of an alleyway. The second is the same as the final but with missing graffiti.

An early version of the Rooftops graffiti, with different placements of Muppet icons.

An early version of the Rooftops level up icon, from when it was originally called the Alley.

Leftover graphics from My Singing Monsters 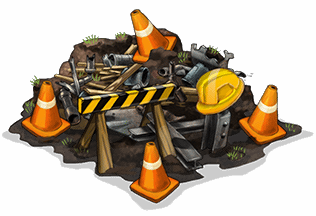 The unused construction site image from My Singing Monsters is leftover in My Muppets Show. 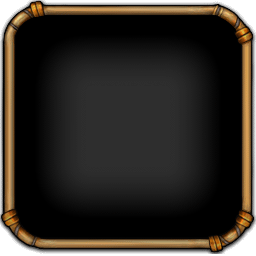 The GUI frame from My Singing Monsters.

The title frame from My Singing Monsters.

The goals icon from My Singing Monsters.

Rowlf has a scrapped third track on the Muppet Theater. This track doesn't exist in the game files, but is noticeable due to the gap between track 2 and 4.

There is an extra unused verse at the end of the Muppet Theater song where The Divettes play once an extra time.

Unused goal text for unlocking Muppet Man in all of the stages besides the Muppet Theatre. Muppet Man was never added to the other stages before the game shut down.

An early version of Boomer's name and bio, in where he's called "Dabassdrum".

An early version of Hera Thump's name and bio, in which she was originally a guy and was named Bongo. The early bio mentions that Hera Thump/Bongo is close friends with Animal. Coincidentally Hera Thump uses the same VST as Animal.

An early version of Myron Bellow's name and bio, where he was originally a girl and was named "Accordionora".

An early version of Lew Zealand's bio. It depicts Lew as being a normal Muppet and not a limited time Muppet. It also has Lew Zealand in all caps, and is missing the HARV-E success rate.

An early version of the Newsman's bio. It's almost the same as the final, except that a spelling error was corrected in the final.

Name and description for the unused fridge decoration

Name and description for the unused popcorn machine decoration.

The Alley was an early version of the Rooftop. It had some of the same Muppets as The Rooftop along with some new Muppets. The Alley was later moved to be the 5th stage in the game before being replaced by the Big House.

Bio for the Alley.

Goal name for unlocking the Alley

Goal description for unlocking the Alley

Goal text for placing Muppets in the Alley. Some of the Muppets here didn't make it into the Rooftop, those being Big Mo, Chickens, Miss Piggy, Rats, Rizzo, the Swedish Chef, Sweetums, and Walter. The Rooftop added Jax Strumley, Janice, Kermit the Frog, Bloosman, Pepe, Rowlf, Sam Eagle, Veggies, and Zoot.

More goal text for placing Muppets in the Alley, which were added in version 1.0.2. "Keytar" was the original name for Bloosman.

In early versions of MMS, the Ship was originally called the Docks.

Name of the Docks.

Bio for the Docks.

Goal text for unlocking the Docks.

Name of the Museum.

Bio for the Museum.

The name of Muppet Mans sprite sheet has "stg01" in it, indicating that he possibly would've had a different design on each stage, likely with the Muppets in his design being replaced by Muppets from the respective stages.

The sprite sheet for Sam Eagle's design on the Ship has "stage03" in its name, meaning it was planned to be used for Sam on the Rooftop. This design was used in Sam's Rooftop animations in 1.0.2, a version before the Rooftop released.

My Muppet Shows package name refers to it as "mysingingmuppets".