Jammer Splash is a match 3 spin-off game based off of the game My Singing Monsters.

There is a file called puzzles.unity3d that contains images of Furcorn's Jelly Dreams app icons, with two of them being used for the actual icon and the others being sketches of either what would've became icons for Furcorn's Jelly Dreams, or concept art for its icon. There is also the icon for My Singing Monsters: Dawn of Fire for some reason. In version 1.1.0 these images were moved to the sharedassets file with the 11th icon being removed and a version of the locked icon without the lock being added.

In version 1.0.0 of Jammer Splash, there were images relating to a painting level mechanic, where pictures would be painted upon the popping of Jammers. A feature similar to this existed in early versions of the game, but instead they were just painting the background a colour and not painting a picture.

In version 1.1.0 of the game there was a placeholder graphic of Spunge as poop named "Spung" added to the files. 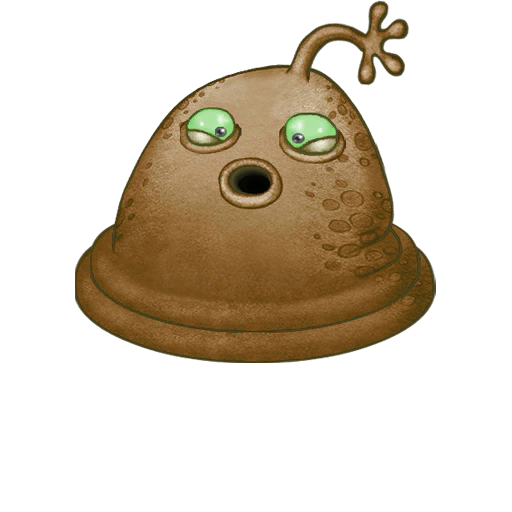 Located in the same version and place as Spung is an image called "scary block" which is a creepy looking wooden block with leaves coming out. 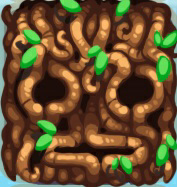 In Furcorn's Jelly Dreams there were level objects called eggs which you would need to bring them to the bottom of the screen to collect. These were probably going to work like that.

In version 1.1.0 objective sprites for bells were added. These never had any grid object sprite in the files.

In 1.0 there were grid objects in the game's files called Music Notes.

In 1.1.0 there were sprites for 3 unused jammers. They are the Cappucino Jammer, the Bubble Jammer, and the Soda Jammer.

There are 4 sounds for breaking the unused egg object. For some reason, one of them is a scream sound, and was likely a placeholder.

There is a destroyed sound for the unused Music Note object.

There are sounds relating to bells, which would play a similar role to how they did in Furcorn's Jelly Dreams.

There exists a music file for an unused "Egg Level" that is the loading theme from My Singing Monsters.

In the first version of the game, there was a file in it that contained the build date and the name of the device used to build it. This file was removed in version 2.0 of the game.

This text is for an unused egg object, which probably would have worked like how they did in Furcorn's Jelly Dreams.

In version 2.1.0 there was text for 3 unused jammers. Their designs can be seen above.

The victory image that contains PomPom, Pango, and Dandidoo's codename is "end_pompom_furcorn_pango" meaning that Furcorn was planned to be an unlockable character in the game, but got replaced by Dandidoo.