Octodad: Dadliest Catch is a game where you play as a loving husband and father who is also an octopus. Everything checks out here. 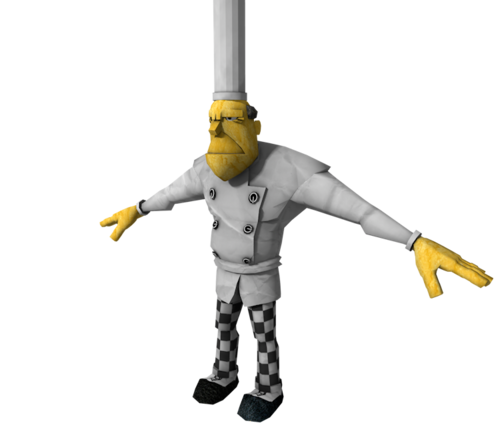 The model of Chef Fujimoto from the orignal Octodad can be found in the files of this game. Most likely a leftover. 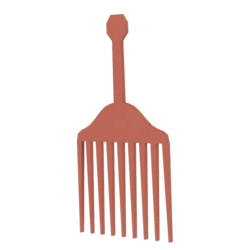 The pick on the table of junk appears in the teaser trailer, but it remains absent in the game afterwards. However, the model and the collision file for it still appears in the files.

Both of these flowers aren't used anywhere in the level.

In the PAX Prime 2012 extended gameplay preview video, you are supposed to turn the lever to open the gate in this level, but in the final game, the lever is absent and therefore replaced with a handle on the gate that you grab on it to open up. The parts for the lever plus its collision files (except for its plate) can still be found in the files. 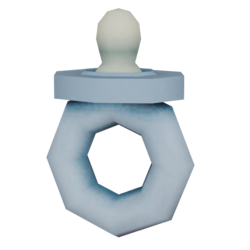 According to its texture name "RingsFakes.dds", this pacifier would've appeared in the ring box in the chapel room of the level. This model has its own collision file seperately.

A quarter model located in the "Aquarium" folder, meaning that it was intended to be in the level. This model has its own collision file.

A kelp token model that is not used anywhere in the World of Kelp level. Just like the large quarter model, it has its own collision file.

This model was used in a prototype version of "World of Kelp", being used as the coins on the globe. 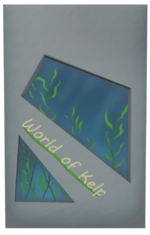 This door model has the text "World of Kelp" in it, which refers to the level name. It most likely was intended to be either in said level or it could've been an early version of the door that leads to the level. 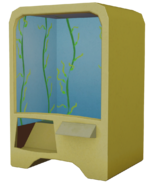 The crane game for the level was most likely intended to be in the game, but at one time, it went cut in the final version. However, parts for this along with the collision file for the body can still be located in the files.

A big elevator was most likely intended to be in the level. 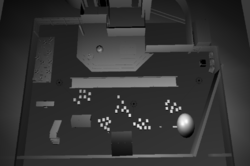 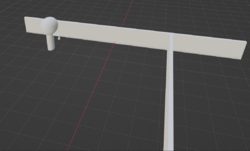 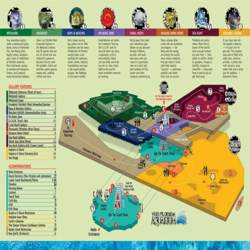 Present in the files for the Aquarium levels is a placeholder graphic of the Florida Aquarium, which the developers used as a placeholder until their Texture had been finished. 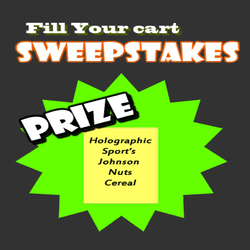 The sweepstake sign from the grocery level is never used anywhere in the level.

The Entirety of Demo Mode is left over in the final game, this can be activated by setting the Demo Modes variable from False, to True, in the games .INI file.

Thanks for Playing Screen 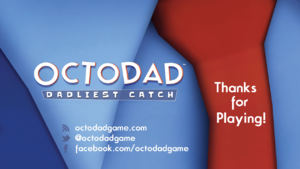