This is a sub-page of Prerelease:Super Mario 64 (Nintendo 64). 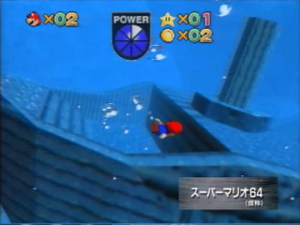 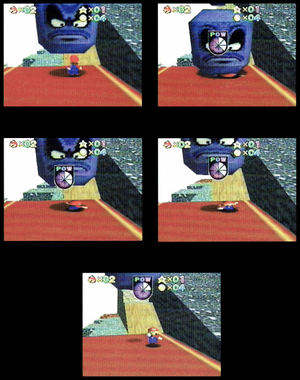 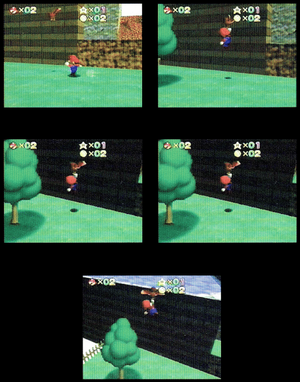 Little info is available about the specifics of these builds and their relation to the Shoshinkai build, but footage of them was interspersed with the Shoshinkai demo footage in promotional videotapes for the event that were given to visitors. More levels are available, and graphical tweaks have been made. These builds may show a more realistic view of how Super Mario 64 was developing at the time, instead of the demo, which only showed a specific set of levels. This footage was recorded a week or so before the Shoshinkai '95 event, these builds are also from that time period. 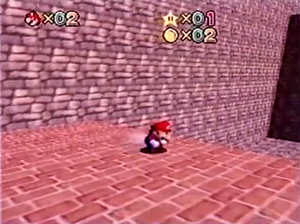 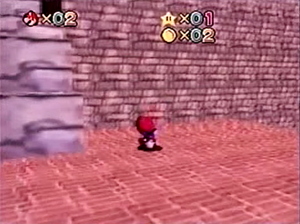 Footage exists of a location that does not match anywhere in particular in the final game. The footage was bundled with other footage from this second demo. The full model can be found within the leaked source code. It appears to be an expansive stone castle with several levels and stairs leading up to the top. The internal name of the stage in the source code is "castle". Interestingly the stage appears in two unused courses, stage1 and stage99. 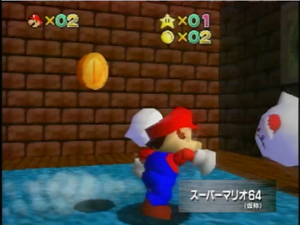 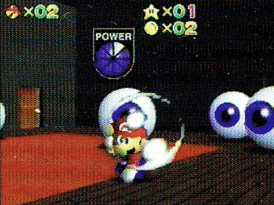 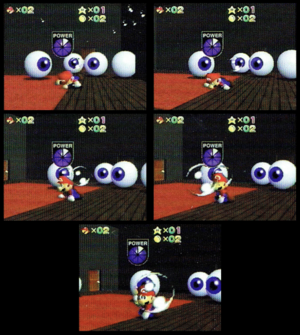 A strange presumably hallway-like room with a blue carpet can be seen here. There appears to be extra space surrounding the carpet on either side of the wall, with a small painting or sign at the end. The . This stage is certainly what became BBH (Possibly the underground area), due to the presence of Boos and Mr. I's, both used in the final BBH, and more notably the texture used in ana.sou named "obakabe00_txt" meaning Ghost Wall.

Information about Super Mario 64 first leaked in November 1995, and a playable build was presented days later as part of the world premiere of the Ultra 64 at Nintendo Space World. At this point, the basic controls had been implemented and the game was reportedly 50% finished, featuring 32 courses, although about 2% of mapping was complete. This build was compiled on November 15, 1995.

Being the first unveiling of Super Mario 64, these were the first assets available to the general public. Graphics-wise, this version of the game has little in common with the final, but several levels and key gameplay features are set in stone. Players could control Mario freely in each stage and explore the castle, as well as use a stage select that used early names for levels (for example, Bowser in the Dark World was originally named "Koopa 1").

According to the developers, many players at Shoshinkai described Mario's 3D controls as "wobbly", "slippery", or "less responsive to the button inputs". Mario uses his old head found in the July 2020 Nintendo leak. According to Giles Goddard (Programmer of the Mario Head), this build was just a snapshot of what was working at the time. 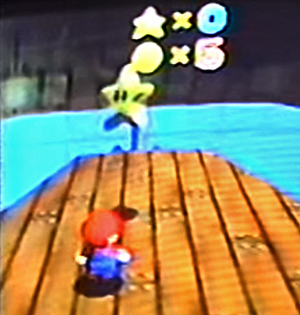 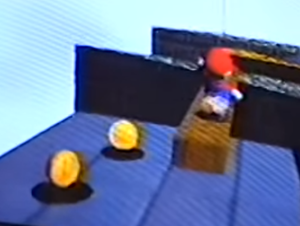 Instead of a star insignia, the coins have a rectangular indentation consistent with prior Mario titles. 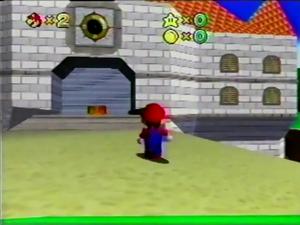 The player begins at the castle and is greeted with this text: 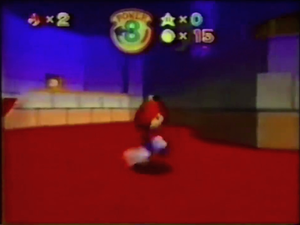 Upon entering the castle, this text appears:

The layout is similar to the final version, but its appearance is fairly different.

Arriving in this level, the text box reads:

This map is mostly similar to the final. Features are present such as Mr. I, the sliding puzzle, the collapsing and tilting platforms, and the volcano exterior. 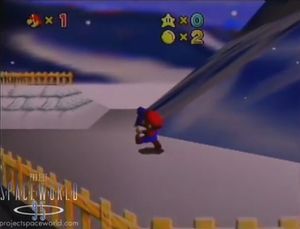 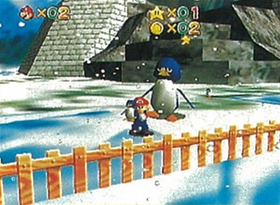 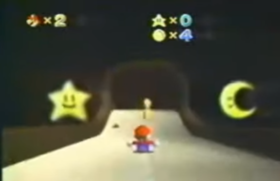 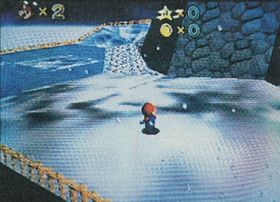 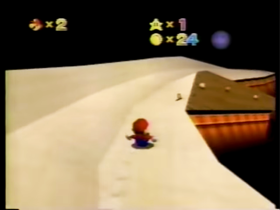 Koopa 1 (Bowser in the Dark World) 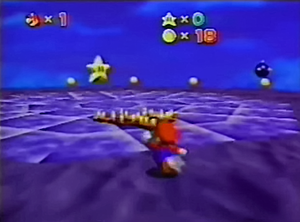 As was previously mentioned, Bowser in the Dark World was originally named "Koopa 1". Despite the level design being unchanged from the final build, there are still a few changes from the earlier build: 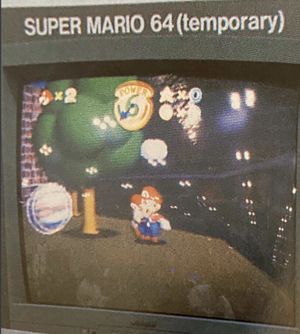 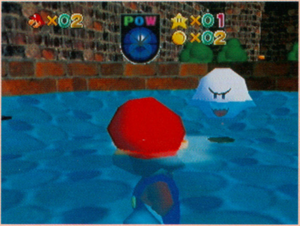 In the recent Nintendo 1996 Company Report, a build of the game between the SpaceWorld demo and the Inverted HUD build can be seen. This shows the HUD being placed like in the SpaceWorld demo, but with the final numbers and X symbol. There was no skybox in the Bowser fight in this level. 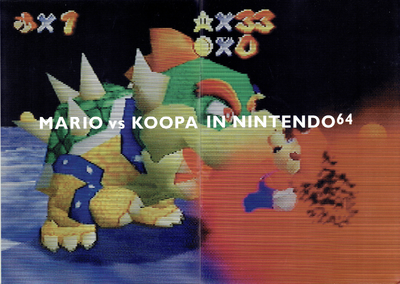