An internal test build, leaked by Razor 1911 in December of 1992. They, of course, tried to pass it off as the final game.

It's very unstable, the writing is pretty raw, and many events are not yet implemented. Also, at this point in development they had not yet started to cut down the back half of the game, so there's a lot of interesting stuff!

Blue menu text, and the title is a bit off center.

So his tattoo used to be huge green slashes across his cheeks... seems a bit too hardcore for this blowhard.

Literally half finished, shows up blank in game. Anyway, it's got a blue sparkly border rather than a red one.

Still the same graphic as in Black Gate at this point.

Representing a missile enchanting spell with a picture of a harp... well, that's one possible reason to change the name.

A graphic for an anti-poison mist spell? The spell for this slot is already Create Ammo.

A graphic for some kind of summon spell. Has the same runes on it as Swordstrike. Casts Fire Snake.

Oddly, the final's Fire Snake graphic has what looks to be an appropriate incantation for Summon Defender written on it: KS (Kal Sanct), meaning "Summon Protection".

Teleports you a short distance in a random direction. It can't get you in or out of a completely walled off area, but it can get you past locked doors.

Always does the spell failure animation in final.

Choose a target to shoot out a trail of fire that ends in an explosion. Occasionally throws a sound effect error.

The base script for the spell in the prototype calls the external script "FIRESNAK 0x829", which seems to have something to do with targeting. The final spell script does not call any externs, even though the targeting script still exists.

Casting the spell in the final just plays the basic spellcasting animation and nothing else happens.

Same as in Black Gate.

Stops all animations and NPCs for a short time. Can also prevent scripts from firing.

Always does the spell failure animation in final.

The prototype has an extra folder for stuff that, well, wasn't intended to be shipped.

An accurate to this build world map. Used by the F3 teleport cheat.

A C++ header file for converting object names into numbers. Some interesting names:

The item number corresponds with the Usecode Container, an invisible, weightless chest in the Avatar's inventory, full of Path Eggs used by some scripts as horrible hacky data storage method.

Certainly, like the serpent artifacts it's a necessary item to complete the game...

The nonexistent "Zot Wand" is listed in the official hint book as a weapon that "shoots poison missiles".

The item number corresponds with the Lightning Wand.

A list of names for all of the flags in this build (many more were added later). Used by the Game Flag editor in the F2 cheat menu.

A good few of them are never set or checked in any version of the game. 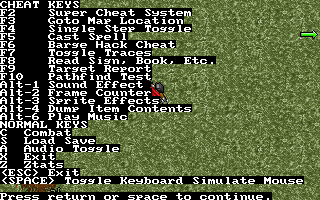 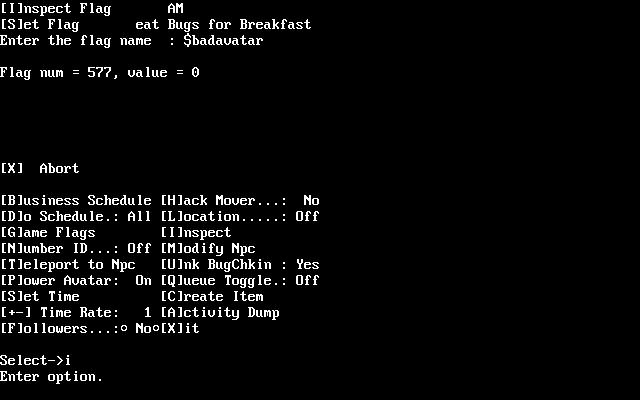 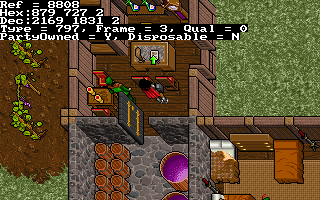 Displays object info like in Black Gate, as well as the Egg info. 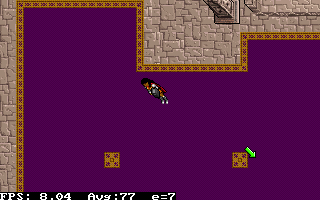 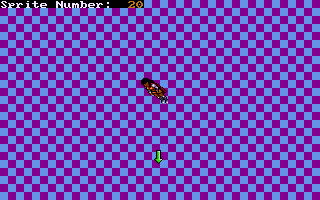 Hey, it actually shows the text!