Martian Dreams is a spin-off of Ultima VI, wherein you get shot onto the surface of Mars by a gigantic cannon, and then fight plant monsters alongside a gun-toting Warren Spector in the 1890s.

Not a single word of this description is made up.

The alt-codes mentioned on the Ultima VI article also exist here, but unlike that game, access has been disabled. It is possible, however, to patch the game's executable to regain access. 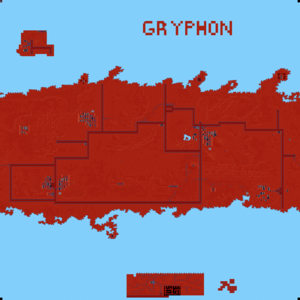 Much of the world map of the game is covered by inaccessible ice caps. (A legacy of the game's Ultima VI roots, as that game required a much larger map.) Viewing it in a map editor, the name "GRYPHON" can be read in a normally-inaccessible area. This was the nickname of Phillip Brogden, who was the main map designer.