Super Monkey Ball Adventure is a sequel to the highly popular game Super Monkey Ball 2. This new installment developed by Traveller's Tales' Oxford studio featured a full story mode with multiple open worlds to go around and do things in (all without the ability to jump!). This particular entry received immense amounts of negative reception due to its poor controls, poor story, and lesser emphasis on the actual platform gameplay. Safe to say TT's Oxford division didn't last much longer, even after their one diamond in the rough.

Present only in the PS2 version is an FMV named TTIDENT.PSS which is the older version of the Traveller's Tales logo. 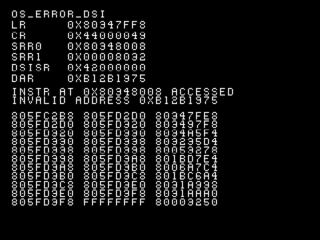 Exclusive to the GameCube port is this crash handler which appears whenever the game crashes.

The internal file names for some of the levels are different from their in-game names. 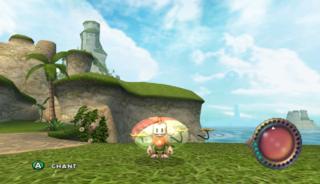 A photo of a power jump fully charged.

There is a folder in the font folder named "shitfuck".

For the GameCube version, although the Level folders outside Puzzles have many files (.CSC models, .lgt lights, .lk hub world link files, etc.), the game actually only uses the .SEQ file, which has all the previous mentioned files if seen in hex. For why there's duplicated unused assets, it's probably due to rushing source files when porting from PS2 development. This is fairly common for other 6th gen Traveller Tales games.

Unlike the PSP version, the PS2 version's RM/SM archives are compressed.