Super Monkey Ball: Step & Roll is the second Monkey Ball game for the Wii. Other than removing boss fights (and jumping), it's mostly the same as the previous game.

All the unused levels can be accessed by replacing stage023.arc and stage023.stc with two of the below files respectively. Then choose the first level in Monkey Island. 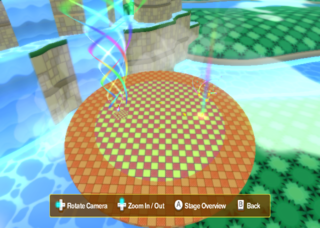 A circular map that contains a single banana. 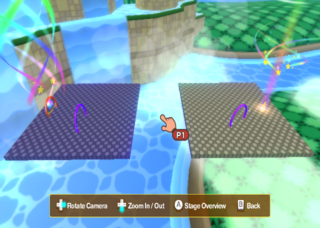 A map consisting of two squares with a warp on each of them. The warp on the grey square rotates. 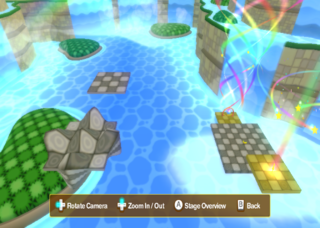 A map consisting of five platforms and a single banana. The two platforms to the left are impossible to reach. 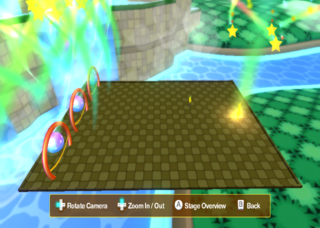 A rectangular map with a single banana and three goals. 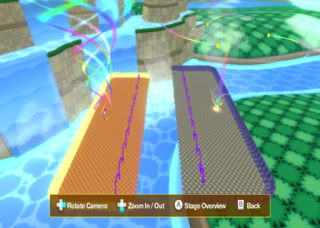 A map consisting of two large rectangular platforms with warps lined along the edges. 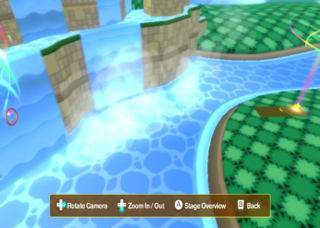 A map consisting of a very small platform, a single banana and an unreachable goal. 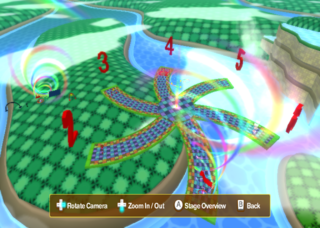 A circular map with six different areas. A couple of early goal designs can be seen here. 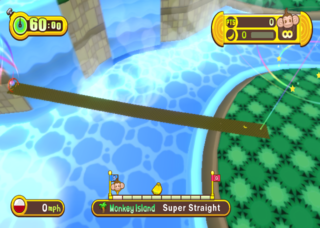 A long straight path that has a slight incline. Since the spawn point is considered out of bounds, you won't be able to explore it. 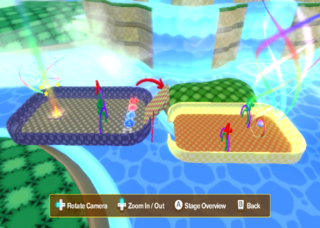 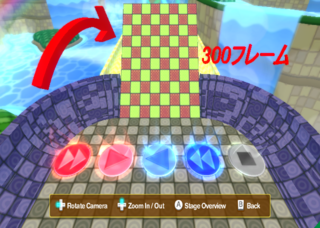 A small map with two platforms and five switches that control a bridge. Also present is some floating Japanese text that read "300フレーム" (300 Frames).

Present in the boss folder is all of the files for the bosses in Super Monkey Ball: Banana Blitz.

The Sega logo was made darker and the Presented by text was removed from the international versions.

The game's logo was changed in the international versions.