The Terminator: Future Shock is the first Bethesda game to use the XnGine, which would later be used in several other Bethesda games. It's an FPS and an OK one at that, although expect a robot or two to suddenly appear out of thin air. 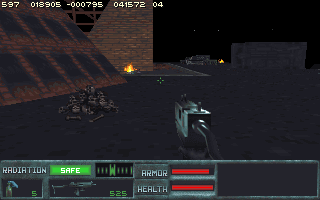