So here I am

doing everything I can

holding on to what I am 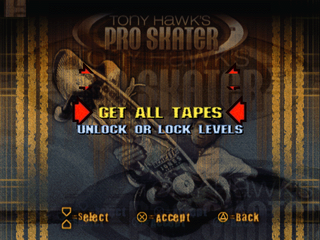 "Pro Skater. Work in Progress". Found in CD.WAD\title_h.zlb\title_h: The inscription "...©1998 Activision, Inc." below may indicate that the picture was created before the first part of Tony Hawk's Pro Skater (which was released in 1999). 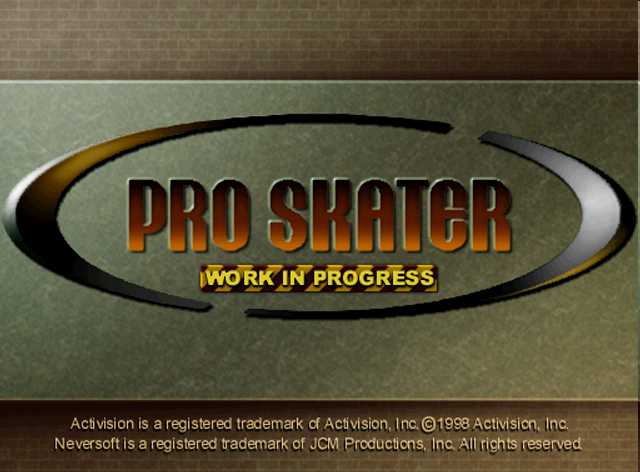 An early loading screen simply named loading. It would have most likely featured the challenges for the level being loaded along with relevant hints. Each level has their own loading screen instead.

Another unused loading screen named loadinggp, this one would have featured competition scores.

A placeholder level select icon. Interestingly there are two copies of it, levselna and levsel06, for a nonexistent tenth level.

A variety of unused decks, including a set of nine Activision branded ones. burn01, stea06, thom02, zero01 and zero04 are also unique designs while the others are recolored versions of used decks.

The title was changed to "Tony Hawk's Skateboarding" in most of Europe to avoid confusion, as the term "pro skater" would imply ice skating to European audiences. The European version also added three more songs to the soundtrack.