If you like to gamble, I tell you I'm your man! You win some, lose some, all the same to me. The pleasure is to play, makes no difference what you say. I don't share your greed, the only card I need is the Ace of Spades. The Ace of Spades! 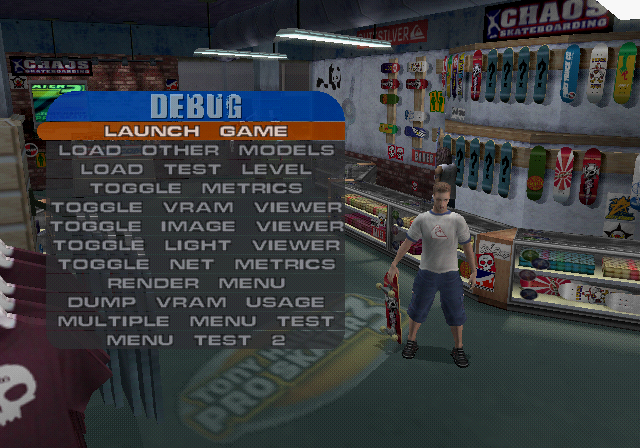 Enabling the below code will put DEBUG in the main menu and in-game. From here, you can view models, toggle debug info, load test levels and more.

When on the Level Select screen, choose a level, and wait for the loading icon (Neversoft Eyeball) to spin three times and then stop moving. As soon as it stops moving, press and hold the START button until the level finishes loading. If successful, the game will be paused and in "debug camera mode". The left analog stick is used to pan the camera, while the right analog stick moves the camera left/right and forward/backward. R1/R2 will move the camera up or down. There is no way to exit this mode, and the console must be reset.

Files for multiple unfinished levels exist on the disk. Through file tweaking, they can be playable once again. Alternatively, one can use a mod such as Lost Levels Mod, THPS3 1.3, or THPS3 LevelMod on the Windows version of the game to add these levels to the level select menu. 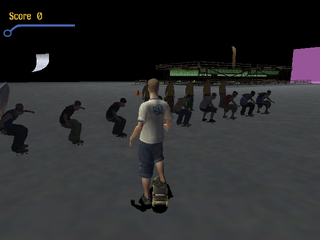 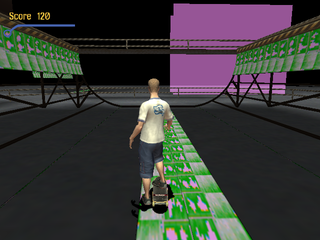 A debug area. It contains a few character models, multiple half-pipes lacking textures, street cones, floating bowls, and a circle of roadway with cars zooming around it. It was most likely used to test new textures and moving objects. 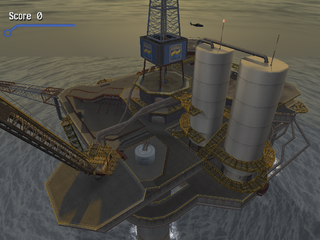 "Exclusive" to the original Xbox version of the game, the files for Oil Rig exist on the Windows and PS2 discs. 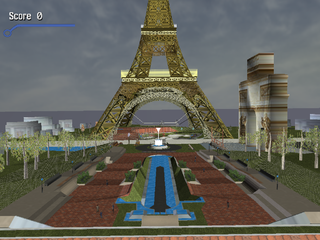 Named as "Rooftops" in the files on the disc, this level was an early announced level that ultimately got cut. The map was planned to represent Paris, France, featuring Eiffel Tower Banks, Louvre Pyramid, Arc de Triomphe & Esplinade, Trocadero & Palace de Chaillot, Catacombs, Pont Alexander III. According to the game's files it was meant to be an exclusive level for the GameCube version, but at a certain point its development was halted.

One of Neversoft developers commented this level on their Facebook page:

"While we can't remember why it was cut. Here's a short description:

Requested by Tony Hawk and Geoff Rowley, this large exploratory level will encompass the Eiffel Tower Banks as well as other famous Parisian skate spots. The banks (no longer around) were located under one of the gigantic steel footings for the Eiffel Tower – providing the perfect dramatic centerpiece for the level. Lots of skaters use the Trocadero as a local spot, especially the parks on either side of the fountain. The Eiffel Tower is an instantly recognizable landmark, and the Banks are a famous skate spot. The Louvre and Arch are also highly recognizable, but will take some tweaking to make skateable. The catacombs offer a nice contrast to the wet and rainy outside areas. We started on that level and then abandoned it at some point. I’m guessing the assets for the level still got burned on the disk because we didn’t take the time to clean them out of our game’s tree."