Xenosaga was intended to be the ambitious spiritual successor series to Xenogears, yet it only managed to span three games before being cancelled.

The game was remade in the Japan-only Xenosaga I & II compilation for the Nintendo DS which combines the first two games in the series. Monolith Soft's next "Xeno" series started with Xenoblade Chronicles for the Wii and shares many of the same staff and similar themes.

Using the following CodeBreaker codes, one at a time, you can access some exciting debug menus...almost. Press L1 to activate the code and L2 to deactivate it.

Found in the Samajiri Test debug menu for battle, several slots were created for unused or scrapped playable characters. Some have had more work done than others before their removal. 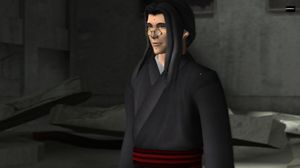 One of two Jin models left in the game data. This one is labeled "shitan_h".

Most likely meant for Jin Uzuki, who's playable appearance was cut until Episode II. The name "Shitan" is likely a placeholder or early name, as a reference to Citan Uzuki from Xenogears.

Although all the visual data, such as the model and animations, were deleted in the final game, a lot of data still exists for him as a playable character, enough that he may have been completely finished before being removed.

Shitan also has twelve equipable weapons according to the debuggers "equip" screen, and twelve exclusive Ether skills, none of which have discriptions or names except "Reserve".

Between Jr. and Virgil are two slots for Celilia and Catherine, Febronias sisters. Given their plot as seen in Episode II, it seems likely that we were meant to visit the Destroyed Miltia in Episode I, rather than II, and their story may have been changed with the rewrite of the Episode II plot. Although they have no functionality in battle, a couple of non-battle models were left unused in the gamedata, which may have been meant for them. References to their animation files in battle exist, however the animations themselves are no longer there. Unlike Shitan, there's not much else to suggest much work was put into them.

These are odd cases. Both slots are used to an extent, but not through normal means. During the raid on the U-TIC Battleship, Jr. is accompanied by Mary and a random Soldier, who are limited to their AGWS units in battle. This is a little misleading however, because while the game's UI leads you to believe it's them, the game actually has the AGWS slots injected right into the party, rather than having them as equippables as they normally are. (The same is done with Jr.'s AGWS on the Woglinde, just before this segment.) The actual characters without the AGWS can be placed in the party, however, there in no data associated with them and they're almost useless in battle.

In addition, the "Shelly" slot is what is used for the random soldier that joins. While Shelly does not join you in the final game, it seems she was meant to at some point, and her slot was repurposed for the Soldier. The Samajiri Test menu is the only place that refers to the Soldier's slot as Shelley.

In the last programmed slot for the AGWS units is the UMN Mascot known as "Bunnie". (Also known as "U-kun" in the Japanese version"). Although unusable, there is a character model associated with it, which can be loaded under the right conditions.

During the initial stage of development, the story of Episode II was initially meant to be included in Episode I. As expected, there was a LOT of work put into it before that portion of the story was scrapped.

These areas were meant to be the UMN control Center, seen in Episode II. Much of it is unfinished or corrupted. There are two loadable areas. 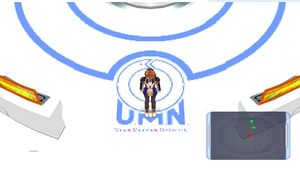 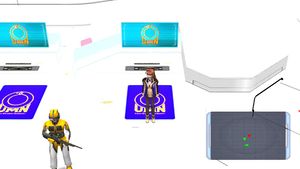 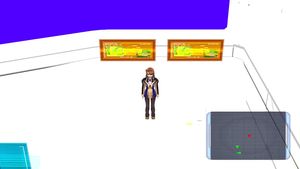 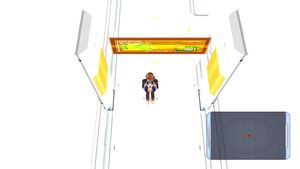 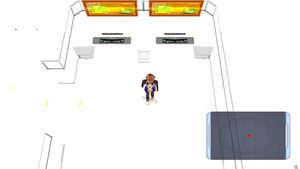 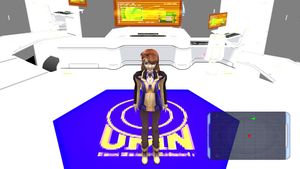 Jin's house. Unike Episode II, there are several areas of the house. Area's 4, 5, AND 8 are currently unviewable, due to bad camera angles. 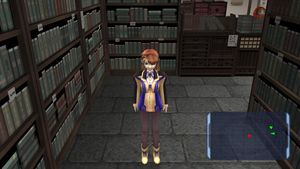 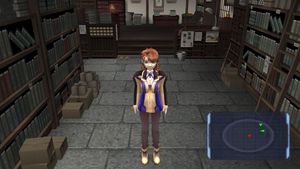 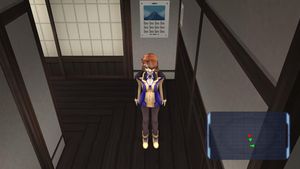 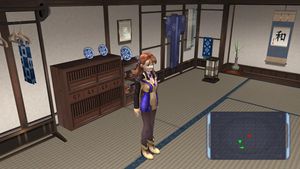 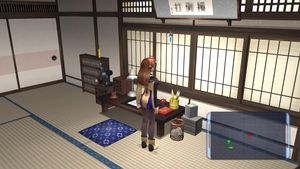 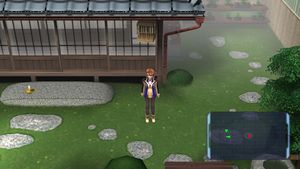 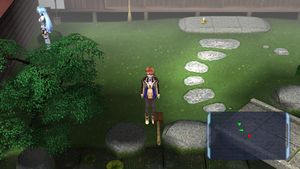 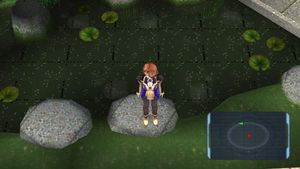 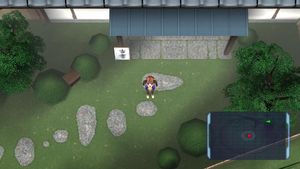 Second Miltia. The game ends just before you come here, however there is some early promotional screenshots showing these areas. There are two.

Loading these areas end with your character in a void. However, based on the name, it may have been the areas used for Jr.'s final battle with Albedo, seen in Episode II.

The infamous scene with Albedo and MOMO was altered in the American release to remove the knife Albedo uses to threaten MOMO and decapitate himself, as well as the blood that appears in the latter part. Interestingly, the entire cutscene was re-rendered.

The Japanese releases support installing data to a hard disk to speed up load times.

An enhanced version of the game was released exclusively in Japan called "Xenosaga Episode I: Reloaded". This version features the English voice-acting and a few special features, including two additional armors which serve as alternate costumes for KOS-MOS (Archetype outfit) and MOMO (Kirschwasser outfit) and a play-back library of all the game's movie scenes.