The sequel to Earthworm Jim takes the weirdness and cranks it up to 11. It's long, it's frustrating as hell, and it has no real password system...but overall, it's one of the best games of the 16-bit era. 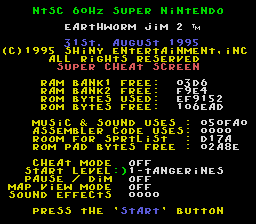 The level select uses early names for some levels:

It is important to note that in the level select for the Sega Genesis release, "Cathedral" was changed to "See Jim Run", a still early but more close to final name for See Jim Run, Run Jim Run. Additionally, Villi People is called "Jim Is Now A Blind Cave Salamander!" in the Genesis release, however, the cheat menu was not updated to reflect this and still says "Villi People" on that version of the game. 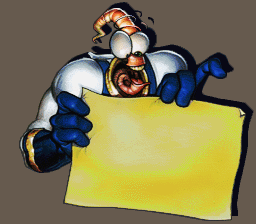 Pause the game and press A, B, X, Select, Select, X, B, A. Once entered, the level will restart showing no level name, causing the game to lock up. If you quickly press Start when the screen appears, it's possible to skip to the main menu, though this causes graphical glitches.

Its purpose may have been "Suicide", a cheat code present in the PlayStation and Saturn versions. 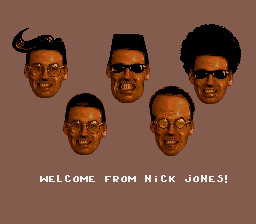 The European release adds the Y, A, B, B, A, Y, A, B Nick Jones code from the previous game, presenting random tips of the day this time around.