Gex 3: Deep Cover Gecko is the third installment in the juggernaut Gex franchise. Players assume the role of Gex, a wise-cracking critter with 'tude to spare, as he explores and collects trinkets in dozens of wacky 3D worlds.

While the game is paused, hold R2 (L2 for the European version) and press Up, Circle, Right, Up, Left, Right, Down, and a sound effect should play. Un-pause the game and press Select to display a list of options including level select, sound debug, collectibles, and other options.

If a FMV vault code is also used, the game cannot be saved since the pause feature will be disabled. 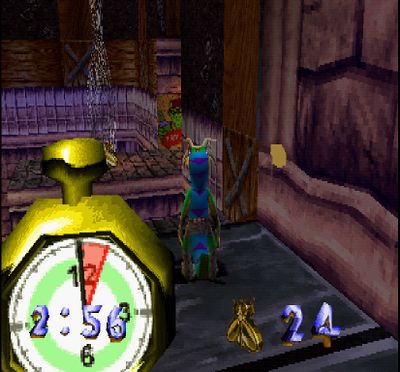 In the Secret Braveheartless stage, there is a clock hidden on one of the walls. The clock is inaccessible until the statue is destroyed. When collected, it increases the stage timer by 1:00. If you entered the secret area, the timer increases by a different random amount.

There is a secret location where there is a poorly rendered room that contains 2 TVs, one that provides firepower and one that provides ice power. In this room there is also a place where you have a photo of a person wearing underwear. There are several places where Gex can change his clothes, and can even change to clothes that allow him to float, such as vampire from Gangster TV and Anime Channel clothing. 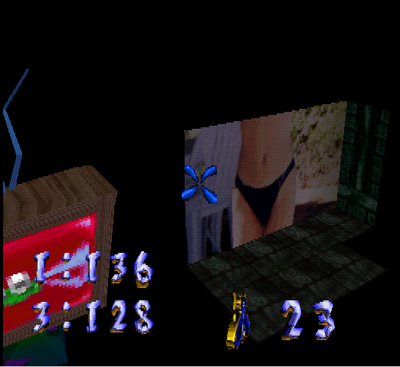 There are 4 pictures in this secret room. One of the photos can be seen but it is necessary to increase the brightness to see yourself. The other 3 photos are generated from a specific event. Currently, it is not known for sure which events cause the photos to be generated completely. 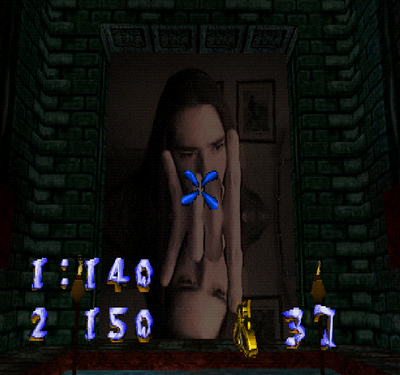 This photo shows a photo of one of the developers (probably?) With a mirror effect. 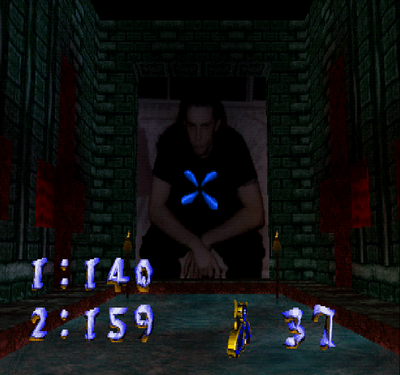 This other photo is the photo of the same person from the previous photo but without any effect. The video below demonstrates the contents of the room. Contains extra content like the astronaut outfit that has a different way of running. In addition, all the sounds of the floating clothes share the sound of the Mystery TV vampire outfit.

While the American version featured Dana Gould in the title role, as in previous titles, the European dub replaced him with Danny John-Jules (best known as the Cat from Red Dwarf).