A port of the 3DO version, now with improved camera scrolling in levels. 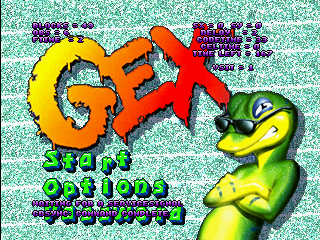 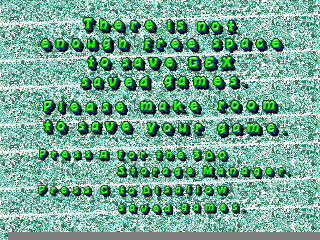 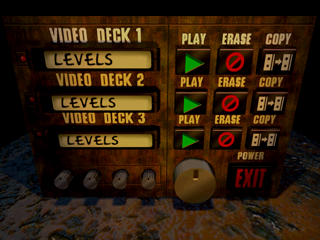 Remnants of the 3DO version's save feature (which in every other port was traded for a password system).

Sprites initially used for an animation of Gex using his tail to spray-paint the game's logo on the title screen.

Sprites of Gex's tail and what might be its shadow, both of which are never used in any version of the game. These are stored in the same file as the graphics used for the title screen. The palettes for these is unknown.