What would happen if you took all of the games in the series and put them in a blender? The result would be Gradius ReBirth, a fruity twist of all the best parts of Gradius.

Aoba Anoa from the Otomedius series appears in the files for the Vic Viper, vic_viper_red.bmp. There is also a silhouette of her sprites found in vic_viper.bmp. Judging from her amount of sprites, she might have been considered to be a playable character. It appears she was cut late in development though since her sprites are incomplete and lack the rotation frames the Vic Viper does.

Further evidence can be found with a shield graphic resembling the Otomedius series' style of shield appearing in a range of colors.

When overlaid on her sprite, it fits rather snugly as well.

She even has a life icon hidden in font.bmp. 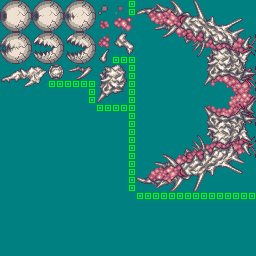 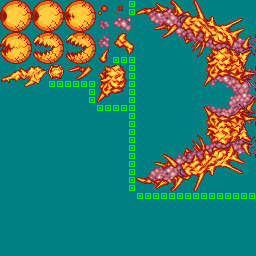 The Crawler X is animated with multiple segments in-game, however, an assembled version can be found in stage2_boss.bmp. It could have been used for a reference guide on how it should look, or may have acted more similar to the Crawler found in Nemesis on Game Boy.

The very same graphic has an damaged version named stage2_boss_damage.bmp where the shell is colored orange along with the eye. In-game, only the eye becomes orange when the boss is hurt. Perhaps the developers just recolored everything orange to save time, you be the judge. 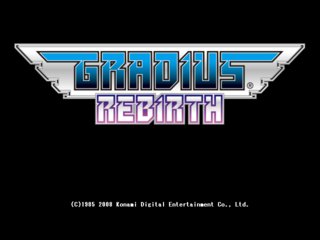 A rather plain and boring title screen can be found in _title.bmp.

Like with Gradius II and Vulcan Venture, the weapons pods that follow your ship are called Options in Japan, and Multiples in the US. 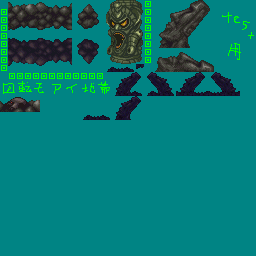 Hidden in \map\stage3_01.bmp is some text presumably by one of the artists.